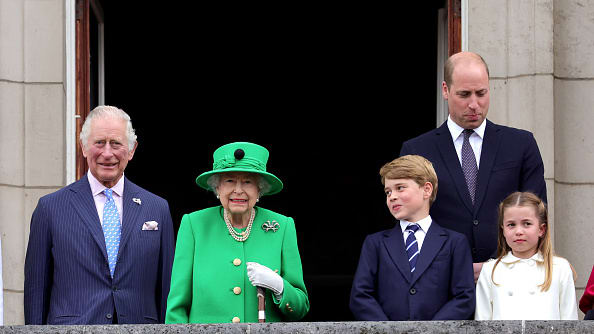 Royalist is The Daily Beast’s newsletter for all things royal and Royal Family. Subscribe here to get it in your inbox every Sunday.

Queen Elizabeth appeared twice at the grand finale of the Platinum Jubilee celebrations in London—once as a hologram and once in the flesh.

The queen made her virtual appearance when a color holographic image of her at her Coronation was projected onto the windows of the empty Gold State Coach as it was drawn by horses through the streets of London as part of a grand Jubilee pageant, for which, mercifully, forecasted torrential rain did not arrive.