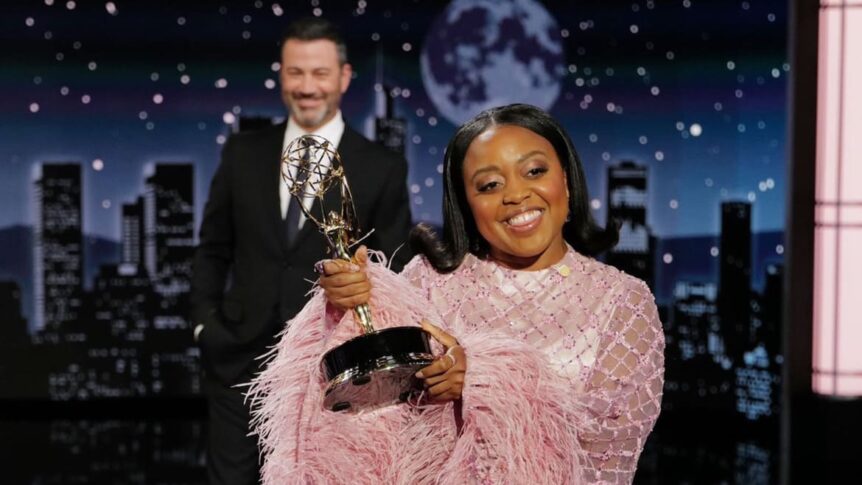 He had to say something about it eventually. Jimmy Kimmel managed to become the most controversial part of Monday night’s generally cringe-worthy Emmys when a bit that started with him being dragged “unconscious” by Will Arnett onto the stage to present the award for Outstanding Writing for a Comedy Series ended with him getting dragged on Twitter for remaining on stage during Abbott Elementary creator Quinta Brunson’s acceptance speech.

Instead of addressing the incident during his monologue on Tuesday, Kimmel waited until Wednesday when Brunson herself was scheduled to be his guest.

The host was more than 10 minutes into his opening monologue when Brunson strode on stage holding her Emmy to ask him for a little favor before their sit-down.