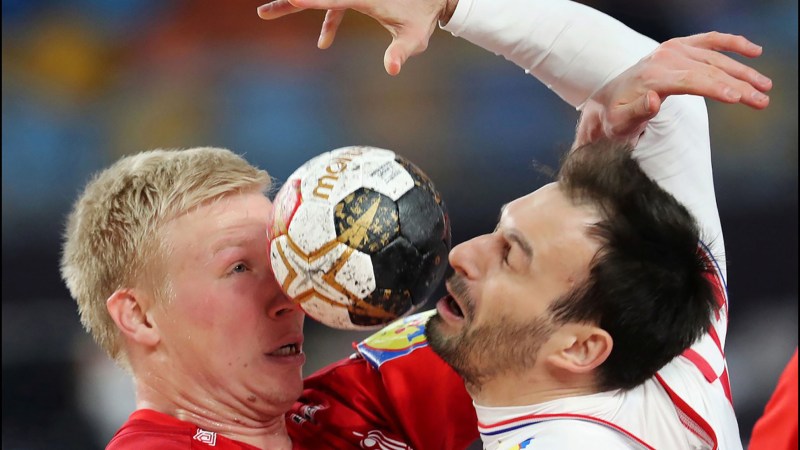 Kyle wrote this morning about why the Olympics are stupid. He has some good points, since there are plenty of problems with the Olympics. The IOC is basically the United Nations except with even lower stakes and even stupider decision-making. Some of the sports are pretty silly (ten-meter air rifle is just an overpowered version of darts). America would still be a great country even if it never won any medals. Communist countries would still be terrible even if they won all the medals. All true.

Personally, I enjoy watching Katie Ledecky or Simone Biles beat the ever-living daylights out of every other country’s best athletes for the Stars and Stripes, but maybe that’s just me.

One nit I wanted to pick in Kyle’s piece: “Am I supposed to be on the edge of my seat because it’s time to find out who rules the world of handball or kayaking?”

Kayaking, no, but handball is great.

It’s not racquetball-with-your-hands handball, it’s team handball. Six players and one goalie for each team compete on an indoor court a bit larger than a basketball court to score goals by throwing a roughly volleyball-size ball as hard as possible into a 2-by-3-meter goal.

Handball seems like it was invented by someone who was watching a soccer game and thought, “This is an interesting concept, but we should make it more, you know, entertaining.”

The fundamental idea of soccer is good: Two teams compete with each other to score goals by putting a ball into a net on the opposing team’s side. Sounds fun. The problems with soccer are with the particulars. The field is too big, scoring is so hard that wasting time is often more advantageous, and the good Lord gave us hands for a reason.

Handball solves those problems. By moving the game inside and shrinking the court, scoring is much easier. Both teams’ scores are usually in the 20s or 30s in a good game. Trying to score is worthwhile. Teams run an offense like in hockey or basketball and run plays to try and score a goal just about every time they have possession.

And, as the name suggests, in handball you are actually allowed to use the human body part most suitable for moving a ball.

There are similarities to other sports too. You can think of handball as soccer with entertainment, or hockey without all the equipment, or basketball with big goals. There’s a goal crease, but unlike ice hockey, it actually matters and you aren’t allowed to set foot in it. You are, however, allowed to float over it, so goals are commonly scored by players soaring through the air over the crease and hurling the ball as hard as possible at the goalie, who’s only a few yards away. If you want to run with the ball, you have to dribble, and there’s lots of high-speed passing to disorient the defense, similar to basketball.