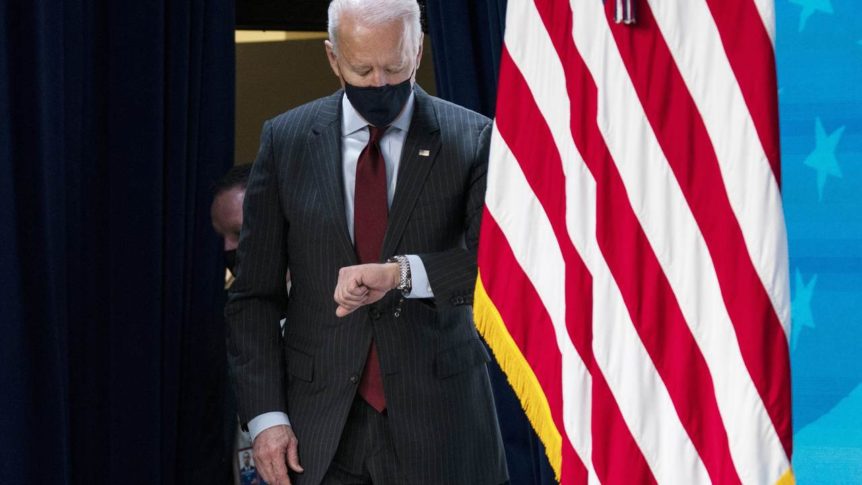 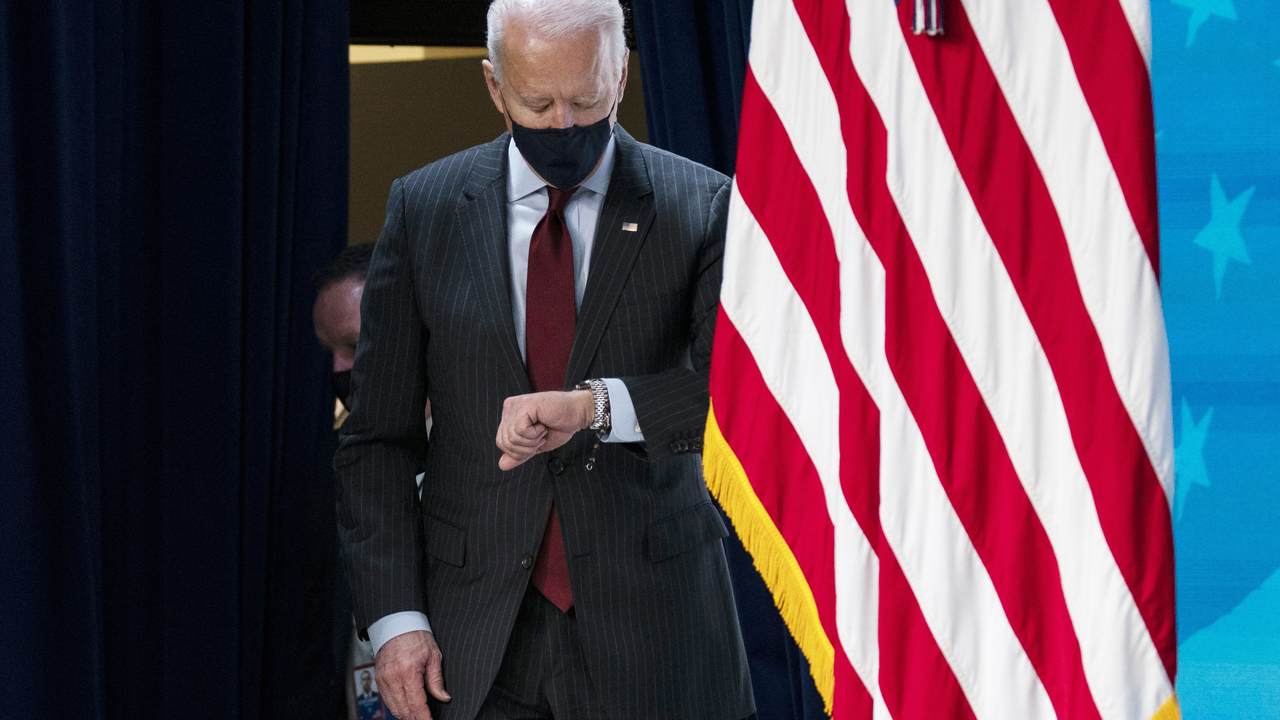 Many activists, politicians and regulators are convinced our Earth and its wild kingdoms are threatened by fossil fuels, conventional farming, modern living standards, and catastrophic climate change resulting from the aforementioned human activities. They promote these fears to gain ever-greater control over energy and economic systems, circumscribe personal freedoms, and silence questions and dissent.

Few of them could likely hunt, gather or grow sufficient food for their families, or be a lucky protagonist in an episode of the Weather Channel’s Could You Survive? series – much less endure Mary Draper Ingles’ harrowing 800-mile walk through the 1755 wilderness to escape captivity by Shawnee Indians.

They are strident in their opposition to synthetic herbicides, insecticides and fertilizers, and unbending in their mistaken belief that organic farmers don’t use pesticides – or at least none that aren’t perfectly safe for people and wildlife. They ignore the widespread use of “natural, organic” chemicals like copper sulfate, which is toxic to humans, deadly to fish, harmful to avian and mammalian reproductive systems, poisonous to sheep and chickens, and highly persistent and bioaccumulative in soil and water.

Their obsession with “dangerous man made climate change” ignores reality. Their computer models run hot, consistently predicting planetary temperatures significantly warmer than are actually measured. The warning they fuss over may have begun around the industrial age, but it also coincides with Earth’s emergence from the 500-year-long Little Ice Age – a completely natural phenomenon.

The extreme weather events they blame on fossil fuels and rising atmospheric carbon dioxide levels are not increasing in frequency or intensity. Above all, no credible science supports their claims that today’s weather and climate are entirely human-driven … and unrelated to the natural processes and fluctuations that caused glacial epochs, warm periods, and extreme weather events and cycles throughout history.

Their gravest error by far, however, is their insistence that wildlife and their habitats would be saved by eliminating fossil fuel for electricity generation, transportation, heating and cooking. In reality, the biggest threats plants, animals and habitats face are not from climate change. They are from energy policies and programs implemented in the name of stabilizing Earth’s never-stable climate.

The current rush to employ executive orders, Green New Deals and infrastructure bills to shut down fossil fuel production and use – and get all of America’s energy from wind, solar and biofuel power – will result in millions of acres of scenic areas, wildlife habitats and croplands blanketed by huge industrial facilities, to provide the energy that makes America’s jobs, health and living standards possible.

That’s 7.5 billion MWh, just for the United States. It’s an enormous amount of power – and it doesn’t include oil and gas feed stocks for plastics, pharmaceuticals and countless other petrochemical products (which is where corn, soybeans and other biofuel crops enter the replace-fossil-fuels picture). It also doesn’t include power to charge backup batteries for sunless, windless hours, days and weeks.

“Renewable” energy advocates and lobbyists want us to believe we can do this with very few wind turbines and/or solar panels – on a relatively small swath of the USA. One calculated it would require just 1,939 square miles (1,240,000 acres; Delaware) of solar panels to meet existing US electricity needs; another said 10,000 square miles (Maryland); a third estimated 40,223 square miles (half of Ohio).

Another figured we could replace current electricity generation with just 1,260,000 wind turbines on only 470 square miles of land, assuming a quarter-acre per turbine and all generating power 40 percent of the year.

It’s unclear what pixie dust these folks were sprinkling, but these are not real-world numbers. You need space between panels for access and maintenance; you can’t jam them into one enormous array. And bear in mind, Dominion Energy alone is planning 490 square miles of panels just for Virginia, and just for a portion of its electricity market in the state.)

72,000 high-tech sun-tracking solar panels at Nevada’s Nellis Air Force Base cover 140 acres and generate only 32,000 MWh per year: 33 percent of rated capacity. Low-tech stationary panels get far less than that. The 355 turbines at Indiana’s Fowler Ridge industrial wind facility cover 50,000 acres (120 acres/turbine – nowhere near 1/4 acre) and generate electricity only 25 percent of the time.

I calculate it would take over 17 billion Nellis-style solar panels – on 53,000 square miles (34,000,000 acres or half of Nevada) to replace all 7.5 billion MWh of US fossil fuel energy and charge batteries for a week of sunless days, under the Team Biden Green New Deal. Using standard, stationary panels would double or triple the land area and number of panels.

Using Fowler Ridge as a guide, and assuming just 50 acres per turbine, it would take some 2 million 1.8-MW wind turbines, sprawling across 155,000 square miles of scenic, crop and habitat land. That’s all of California. And it assumes every turbine generates electricity 25 percent of the year. Go offshore, and we’d need over 300,000 monstrous 10-MW turbines along our Great Lakes and seacoasts.

We’d also need thousands of miles of new transmission lines to connect all these facilities and cities.

Energy analyst Willis Eschenbach has calculated what would be required to get the world to zero-emission electricity generation by 2050 – and ensure sufficient peak power for the hottest summer and coldest winter days. He uses solar or wind, in conjunction with nuclear power plants as backup/actual generating capacity, for sunless and windless days, and assumes 35% capacity/efficiency. Adjusting his numbers to account for only US needs, America would require:

* 350,000 square miles of solar panels (Nevada, Arizona and New Mexico combined) plus 1,760 new 3000-MW nuclear power plants. Adding space for access and maintenance would at least double this. Or

Biofuel production to replace all those petrochemicals would require millions more acres.

All these turbines, panels, backup batteries, electric vehicles, biofuel processing plants, nuclear power plants and transmission lines would require millions of tons of metals, minerals, plastics and concrete – from billions of tons of overburden and ores. That will result in astronomical land, air, water, wildlife and human impacts from mining, processing and manufacturing. Most of this will be overseas, out of sight and out of mind, because Team Biden won’t allow these activities in the United States. So a lot of people won’t care and will happily focus on these new energy sources being zero-emission … here in the USA.

These estimates are not etched in stone. But they underscore why we need full-blown, robust environmental analyses and impact statements on every GND concept, proposal and project – before we head down the primrose path to ecological and economic hell, paved with (presumably) good intentions.

There must be no expedited reviews, no shortcuts, no claiming the ecological impacts can be glossed over because they are “inadvertent” or less important than “saving the planet” from climate chaos.

Paul Driessen is senior policy advisor for the Committee For A Constructive Tomorrow (www.CFACT.org) and author of books, reports and articles on energy, environmental, climate and human rights issues.