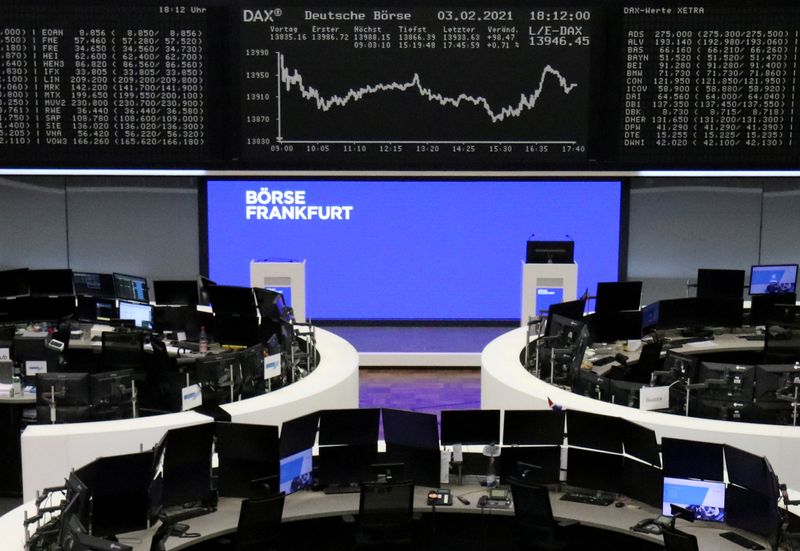 The pan-European STOXX index fell 0.9% in its second straight session of losses, with automakers and retailers the top decliners.

Worries about tighter regulation of China’s heavyweight technology sector fuelled a selloff in global markets this week despite optimism about the ongoing U.S. and European earnings season.

Dutch company Prosus, which has a stake in Chinese technology giant Tencent, slumped 8.6% to hit new lows since May 2020 after Chinese stocks sank to multi-month lows.

Lysol maker Reckitt tumbled 7.1% and was on course for its worst day since March 2020 after it warned on margins as costs rose and posted disappointing second-quarter sales growth.

“Inflationary comments from a global powerhouse like Reckitt has shaken UK markets,” said Keith Temperton, a sales trader at Forte Securities. “There’s some negative comments from the reporting names but apart from that, it’s that kind of lull before U.S. wakes up.”

The STOXX 600 clawed back most of its losses on Monday and closed just short of record highs as Wall Street indexes hit fresh peaks ahead of earnings from megacap technology stocks. [.N]

In Europe, out of a third of STOXX 600 companies that have reported so far, 64% have topped profit estimates, as per Refinitiv IBES data. In a typical quarter, 51% beat estimates.

Peers Kering and Moncler, expected to report results after markets close on Tuesday, slipped amid the broader market selloff.

French software company Dassault Systemes rose 4.0% after it raised its 2021 forecasts on the back of strong momentum across its businesses.

(Reporting by Sruthi Shankar in Bengaluru; Editing by Sriraj Kalluvila)