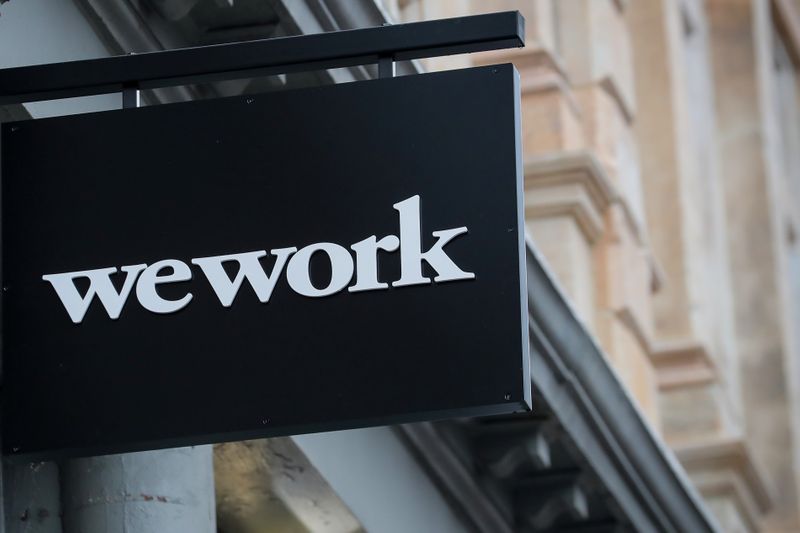 (Reuters) – Office space provider IWG is set to open eight new shared-office centres in locations including London and New York, five of which were previously operated by its U.S.-based rival WeWork, as it seeks to meet the growing need for flexible work spaces.

Two of the former WeWork properties are located in Kensington, London, and Park Avenue South, New York, with three more in the Indonesian capital, Jakarta.

The other sites are in Chicago, Philadelphia, and opposite Penn Station in New York, according to a statement exclusively seen by Reuters.

IWC, owner of the Spaces and Regus brands, has said demand for such sites was up 14% in June from pre-pandemic levels. It will invest in refurbishing the properties.

After a year in which the coronavirus pandemic shut office buildings and forced people to work from home, companies around the world are reducing their office space with an eye on trimming costs.

“The pandemic has accelerated the shift to the hybrid model by 10 years … There has been a rapid change,” said Mark Dixon, the boss of IWG.

“Office spaces in cities like New York and London are going to shrink in a post-pandemic world as some people move back to towns and countryside. It is hard to quantify by how much.”

From U.S. tech giants Amazon and Microsoft to banks such as Standard Chartered, firms have announced plans to adopt some form of flexible working model, typically having staff work from home for part of the week.

Dixon said there would be more change over the next three years as companies’ leases end.

“We are seeing a continuous interest in suburban and countryside locations as people avoid the commute and other hassles of a city life.”

(Reporting by Muvija M in Bengaluru; Editing by Keith Weir and Kevin Liffey)