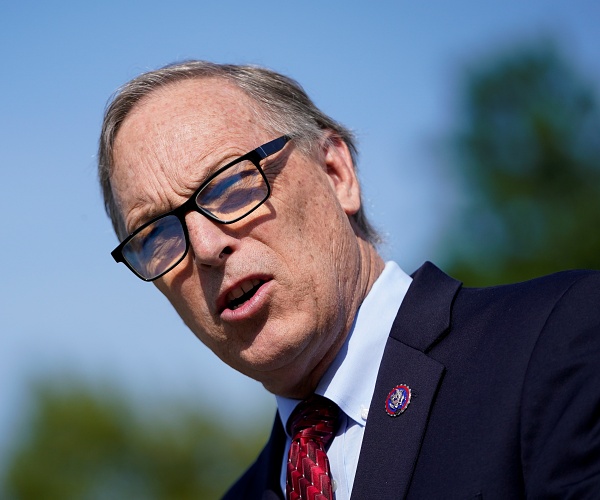 The Biden administration isn’t planning to increase the budget for the Department of Homeland Security despite the surge at the southern border and the increased amount of drugs that are entering the country, meaning its policies won’t be changing, Rep. Andy Biggs said Friday.

In his overview of the department funding targets for fiscal year 2022, beginning in October, Mayorkas said President Joe Biden’s proposed $6 trillion budget, which will be unveiled on Friday officially, includes $1.2 billion for border infrastructure and another $345 million in additional discretionary spending for U.S. Citizenship and Immigration Services. That money would be used to address naturalization processing and asylum backlogs, and the money to admit as many as 125,000 refugees, Mayorkas said.

The secretary said the Biden administration does plan to boost money for the DHS programs to improve preparedness for climate change, cybersecurity protection, and money to counter violent extremism.

Biggs said he doesn’t think the administration will admit that there has been an increase in drugs like fentanyl coming across the border because “they won’t acknowledge there is a crisis on the border.”

Biggs continued that Mayorkas has wrongly said in recent days that the border is closed.

“I don’t know what planet he is living on,” said Biggs. “I was there earlier this week. It is not closed. (There was a) steady stream for the few hours I was there.”

Meanwhile, the amount of drugs coming in is deadly, said Biggs.

“Whether it’s Arizona or Texas, California, New Mexico, those seizures are way up,” he said. “They could kill half the country with the fentanyl they seized this year. Nobody knows what is in that fentanyl. Don’t forget, methamphetamine, heroin, cocaine, hard narcotics are coming across in record amounts.”

Meanwhile, a new Fox News poll shows half of the registered voters support building a wall at the border, up from 44% in December 2019, and Biggs said he hopes that changes the Biden administration is paying attention.

“The fencing helps, but the policies that the Trump administration had regarding remain in Mexico are vital,” said Biggs. “They are a poll-driven group in the White House.”