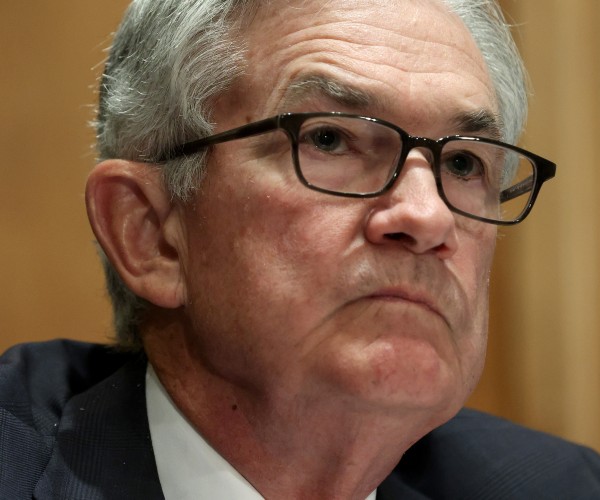 At the start of July, Politico reported that Federal Reserve Chairman Jerome Powell would probably be reappointed. The headline: “‘Jay’s job to lose.'”

Just two weeks later, though, it’s looking like less of a lock.

Major news outlets are reporting that President Joe Biden is considering whether to install a new chairman when Powell’s current term expires in February, and might even be leaning in that direction.

It’s understandable that Biden would want his own appointee in the country’s top economic policymaking position, and that many Democrats would prefer someone more enthusiastic about financial regulation than Powell is.

But replacing Powell now would be the wrong call at the wrong time.

That’s not to say that Powell’s tenure has been perfect. He raised interest rates too far too fast in his first years as chairman, part of a cycle in which the Fed overestimated the neutral interest rate and underestimated how high employment could go without causing inflation. (Former President Donald Trump, who had appointed Powell chairman, started calling him an enemy of America as a result.)

Powell’s performance looks very strong, however, when set against that of other central bankers. Under his three predecessors, the Fed first helped spawn a credit boom with easy monetary policy, then helped usher in the financial crash and a deep recession with tight monetary policy, and finally made decisions that weakened the recovery.

Conversely, in 2020, when dealing with a crisis that was not of the Fed’s making — the pandemic and the economic shutdown — Powell provided the support the economy needed.

Reductions in interest rates, quantitative easing and promises that these policies would continue as long as necessary helped to limit the hit to total spending levels.

As of the first quarter of 2021, the shortfall in spending was only 2.4% compared with expectations. The European Central Bank has, by contrast, had to play catch-up: It’s now trying to raise its inflation target in a tacit admission that it hasn’t been sufficiently stimulative.

Powell’s policies have nonetheless drawn a backlash. Inflation has been rising. That’s only partly because of his policies.

Supply bottlenecks related to the pandemic have also contributed, and the inflation statistics are artificially boosted by comparison to the conditions of a year ago, when the economy was much more locked down.

Since we’ve been in an era of low inflation, the numbers lend themselves to headlines about the highest inflation in decades.

The optimistic case is that the trends will look better toward the end of the year as supply chains strengthen and the lockdown is further behind us.

The pessimistic case is that the current turmoil is unsettling expectations of future inflation in a way that will become self-fulfilling.

If Biden nominates a replacement for Powell this summer, he’ll be adding uncertainty about monetary policy at the moment when it’s already likely to be at a peak of controversy and danger.

And while it’s important to get banking regulation right, it’s not as vital — and the Fed is not as indispensable for setting it — as monetary policy. If money is too tight, it can put more stress on weaknesses in financial markets or even create financial crises.

That’s what happened in the Great Depression and, to a lesser extent, in the Great Recession a dozen years ago.

Besides, Randal Quarles’s term as the Fed’s vice-chair for supervision is coming to an end soon too, and that office has direct responsibility for regulation. Replacing him would be far less disruptive than cashiering Powell.

Biden almost certainly would prefer the Fed to keep monetary policy roughly as it is rather than risk premature tightening that would slow growth or trigger a recession.

The political downside to these policies will be lower if they’re associated with a Fed chairman who was originally appointed by Trump rather than with someone Biden selected.

The macroeconomic and political considerations both point in the same direction: Biden should give Powell another term. A different choice would be an unforced error, and could be an expensive one.

Ramesh Ponnuru is a Bloomberg View columnist. He is a senior editor of National Review and the author of “The Party of Death: The Democrats, the Media, the Courts, and the Disregard for Human Life.” Read Ramesh Ponnuru’s Reports — More Here.