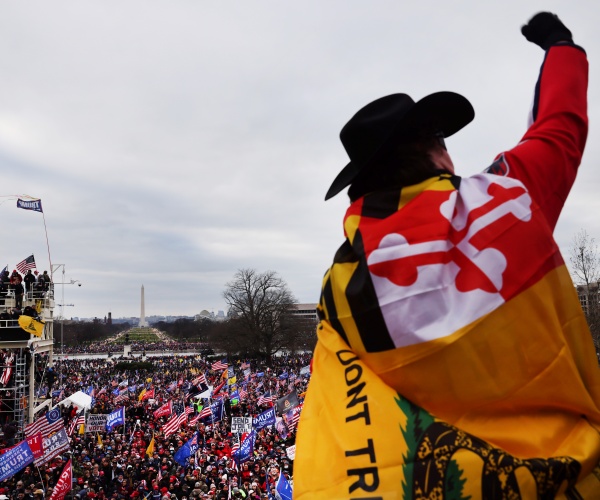 “Regardless of the situation that we would have been in on that committee, and it would have been a partisan sham, but we would have gotten our message across,” Davis, one of five Republicans named to the committee by House Minority Leader Kevin McCarthy, R-Calif., said on “Spicer & Co.” Wednesday night. “If they wouldn’t have done the unprecedented thing and tried to remove Rep. Jim Jordan, R-Ohio, and Rep. Jim Banks, R- Ind.”

Pelosi objected to both Jordan and Banks being on her Select Committee to probe the riot at the U.S. Capitol on Jan. 6.

Her move led McCarthy to announce Wednesday that he was removing all five committee picks from the panel.

“It’s an egregious abuse of power,” McCarthy said during a televised press conference Wednesday. “Pelosi has broken this institution.”

Tenney said Democrats must see that this blatantly political move “is a bad look” for the committee, and she is scared how the Democrats just “fall in line” behind the speaker.

“I find it unbelievable that they don’t feel like they have to govern, and they don’t have to comply with the constitution and uphold principles,” Tenney said. “It’s all about partisan gamesmanship, and yet they talk about being bipartisan and all this nonsense that they get into. But all they do is play games and we have some real serious issues facing this country, especially on the issue of election integrity, which they’re trying to avoid.”

Tenney said while the Democrats are concentrating on this investigation of the riot, the country is facing rising inflation, crime, and election issues that matter more to the voters in her district.

“They’re just trying to avoid that, and we’re talking about nonsense things that people in our districts don’t really care about at this point,” she said.

Davis, who was supposed to serve on the committee said that having both Jordan and Banks would have given it a chance to look at real questions surrounding the riot including why the Capitol Police were not prepared despite having intelligence days before that there could be a problem, and why that department was not better trained in case an incident like that played out.

Davis said that instead, it appears the Democratic majority committee with only Pelosi appointees serving will look more to bashing former President Donald Trump than find answers to the real questions surrounding that day.