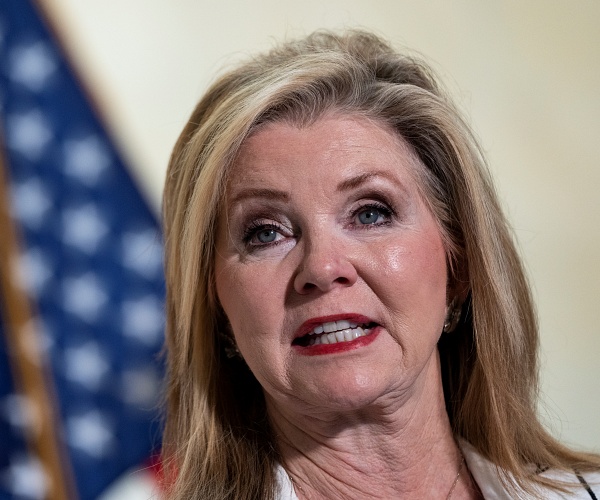 A group of Republican legislators from Tennessee have submitted a bill that would require President Joe Biden’s administration to communicate and consult with state and local officials before resettling migrants in their regions.

Tennessee GOP Sens. Marsha Blackburn and Bill Hagerty joined with Tennessee GOP Rep. Chuck Fleischmann to introduce the Migrant Resettlement Transparency Act, which would force the Secretaries of Homeland Security and Health and Human Services to work with local and state officials before moving migrants who were apprehended at the border into their states.

“Over half a million illegal aliens have been apprehended since President Biden took office,” said Blackburn. “In Tennessee, the Biden Administration was caught using a Chattanooga airport to secretly traffic migrant children into the interior of our country without the knowledge or involvement of state or local officials. We have no idea where else this is occurring and communities have a right to know what is happening in their backyard. President Biden’s failed immigration policies have turned every town into a border town.”

Under the bill, the HHS and DHS secretaries would have to consult with governors and mayors of the states and cities involved before anyone can be resettled there, as well as submit regular monthly reports to Congress and governors about the resettlement, transportation, and relocation of migrants, including the number of people, their ages, country of origin, and other details.

Hagerty added: “Tennesseans have a right to know if the federal government is resettling migrants in their communities. President Biden’s border crisis has turned every town into a border town, and the resettlement of migrants is an effect of that crisis that impacts citizens on a local level, placing new strains on schools, hospitals, law enforcement, and other emergency services.”

Fleischmann said, “Federal transparency with state and local officials is always important in our republic, but it’s particularly critical during the ongoing crisis on the border. I’m proud to join with Senators Hagerty and Blackburn to address this issue and require disclosure from the federal government.”

The legislators previously issued a letter to HHS Secretary Xavier Becerra and DHS Secretary Alejandro Mayorkas calling for more transparency about the resettlement of migrants.

“Joe Biden has created a crisis at the southern border. Biden’s actions and rhetoric have caused thousands of illegal aliens to flood our borders and overwhelm our Border Patrol agents, who have been able to apprehend just half a million of them,” Blackburn said last week. “Now his administration is secretly transporting the migrants the Border Patrol did catch to communities throughout the United States. They are doing this in the dead of night without the knowledge or permission of the communities involved. Joe Biden has put these children at risk. He is putting Tennesseans at risk. The American people deserve the truth now.”