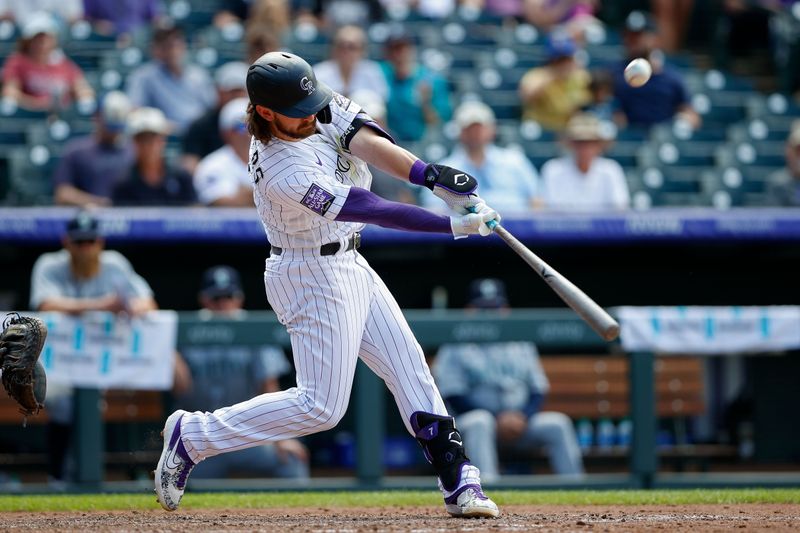 Austin Gomber won in his return from the injured list, Dom Nunez had a three-run double, and the Colorado Rockies beat the Seattle Mariners 6-3 in Denver on Wednesday.

Daniel Bard pitched the ninth for his 15th save and capped three scoreless innings from the Colorado bullpen.

Mitch Haniger, Kyle Seager and Luis Torrens hit home runs for the Mariners. Darren McCaughan pitched five innings of relief in his major league debut, giving up one run, walking two but not allowing a hit in his first appearance.

Gomber (7-5) missed a month with left forearm tightness that developed in his last start, June 19 against Milwaukee. He allowed three runs on three hits — all home runs — and struck out three in six innings in 71 pitches on Wednesday.

The Rockies got all the runs they needed in the first inning off of Keynan Middleton (0-1). Raimel Tapia, back in the starting lineup for the first time since the All-Star break, led off with a single, stole second and moved to third on a groundout.

Charlie Blackmon drove him home with a single and Trevor Story and Ryan McMahon followed with singles to load the bases. C.J. Cron walked to bring home the second run and Nunez hit a ball of the top of the wall in right-center field for a bases-clearing double and a 5-0 Colorado lead.

The Rockies didn’t get another hit until Brendan Rodgers reached on a two-out triple off reliever Erik Swanson in the seventh inning.

Seager got a run back in the second inning on Seager’s solo homer, his 18th of the season but Colorado restored the five-run lead in the fourth.

Sam Hilliard and Nunez walked and moved up a base on Gomber’s sacrifice bunt. Tapia’s sacrifice fly to center drove in Hilliard to make it 6-1.

Seattle got solo home runs from Torrens (his 11th) in the fifth, and Haniger (23rd) in the sixth to get the Mariners within three runs.