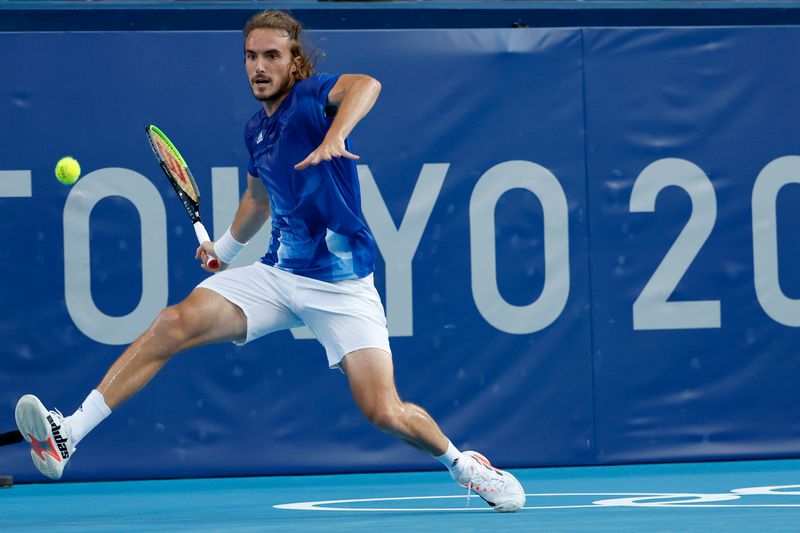 Third-seeded Stefanos Tsitsipas of Greece made his Olympics debut with a hard-fought 6-3, 3-6, 6-3 win over Philipp Kohlschreiber of Germany on Sunday in the first round of play in the 2020 Tokyo Games.

Tsitsipas rallied from a break down in the third set to set up a second-round showdown with American Frances Tiafoe, who advanced with a 6-3, 6-2 win over South Korea’s Sunwoo Kwon.

Tiafoe ousted Tsitsipas in the first round at Wimbledon in late June.

Norway’s Casper Ruud topped Hugo Gaston of France 6-3, 6-2 to win his third title of the season in Gstaad.

The No. 3 seed converted four of 16 break points in the one-hour, 36 minute victory.

Gaston, 20, was playing in his first career final.