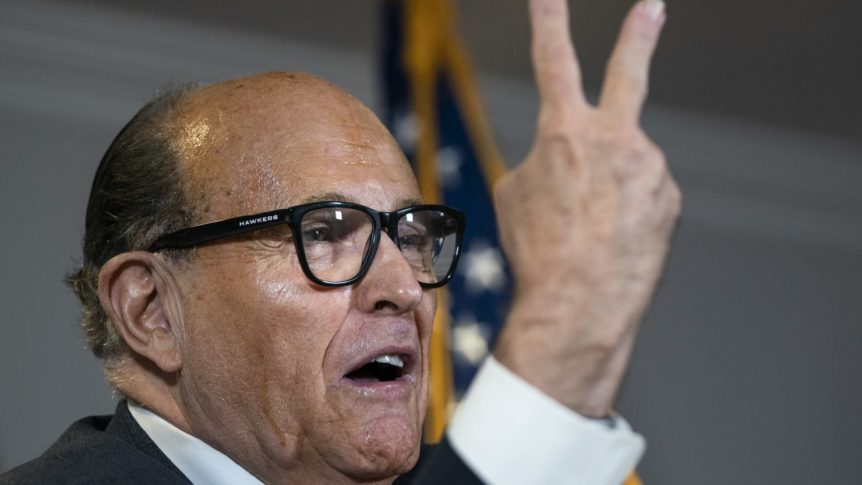 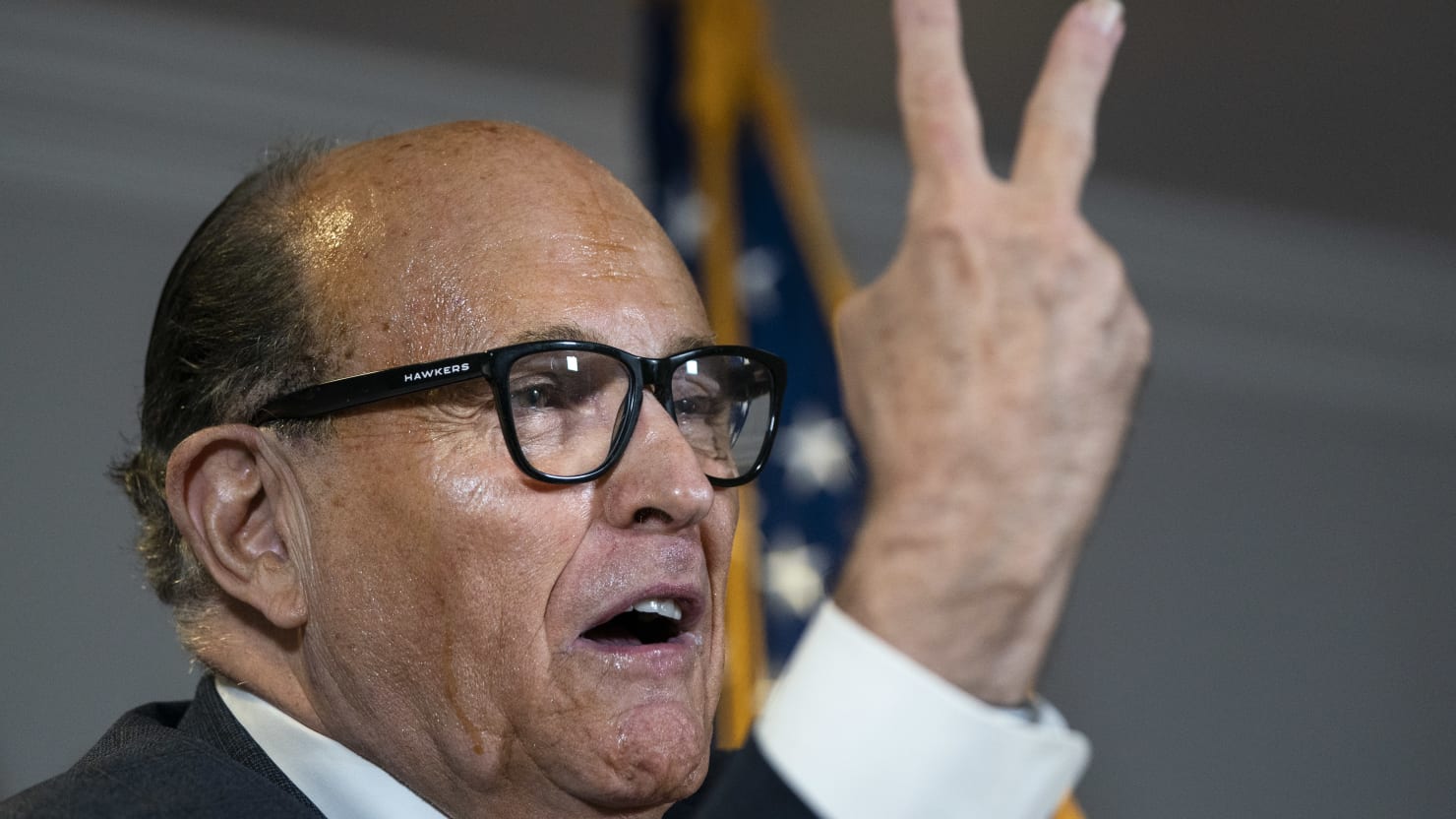 After pushing a slew of baseless conspiracy theories casting doubt on the results of the 2020 presidential election, former New York City Mayor and Donald Trump lawyer Rudy Giuliani is accusing Democratic lawmakers of doing just that.

Giuliani makes the claim, among others, in a motion to dismiss a civil lawsuit brought in February by Rep. Bennie Thompson (D-MS), the Democratic chairman of the House Homeland Security Committee, and the NAACP. The suit, which Thompson filed in his personal capacity, accuses Giuliani of inciting the Jan. 6 Capitol insurrection by, among other things, calling for “trial by combat” in a speech preceding the riot, and conspiring with extremist groups the Oath Keepers and the Proud Boys to disrupt the certification of now-President Joe Biden’s electoral victory.

But Giuliani, who waged an all-out disinformation campaign in the aftermath of Trump’s loss to Biden, floating outlandish stories about the election having been stolen from Trump by “crooked” Democrats, voting machine companies in cahoots with Venezuelan dictators, and turncoat Republicans, now argues—baselessly—that Thompson and 11 other lawmakers who signed onto the suit are engaging in much of the same.

“Plaintiffs have pleaded no specific facts that would give rise to an inference that Giuliani and all other Defendants agreed and had a meeting of the minds on the far-sweeping plot that Plaintiffs allege in their Amended Complaint—namely to engage a public disinformation campaign to create an army of rabid Trump supporters who—in concert with Defendant Proud Boys as ‘shock troopers’—could ultimately be incited to disrupt and block the Electoral Certification,” his motion reads.

“Plaintiffs cannot… allege that President Trump and Giuliani had a secret meeting with Proud Boys, Oath Keepers, Warboys, and Tarrio wherein they came to a meeting of minds to engage in an elaborate plot to create an insurrection,” it continues. “This conspiracy theory is far more fantastical than any of the allegations of Election fraud that Plaintiffs claim incited the Capitol Riot.”

In a separate motion, a lawyer for the Oath Keepers, a far-right organization made up primarily of former law enforcement officers and military veterans, asks for Thompson’s suit to be thrown out for many of the same reasons. The group seeks to distance itself from the actions of any individual members on Jan. 6, claiming that Thompson’s allegations against the Oath Keepers are “speculating that its ‘members’ or people claiming to act on its behalf traveled to the District and proceeded to the Capitol.”

But, the filing says, just because rioters were wearing Oath Keeper gear, it doesn’t mean they were representing the Oath Keepers. One section of Thompson’s lawsuit notes that “members of Defendant Oath Keepers wore paramilitary equipment, helmets, reinforced vests and clothing with Oath Keepers paraphernalia.”

Perhaps the most strident and bombastic motion to dismiss comes from Trump himself, who is named individually in Thompson’s lawsuit.

He opens by accusing Thompson and the others of having previously “engaged in controversial speech.” Yet, he argues, they have all “chosen to foreswear [sic] their oaths to support and defend the Constitution by attempting to undermine the First Amendment by bringing this lawsuit, based on their longstanding and public grudges against President Trump.” In fact, states Trump’s motion, Thompson and co. “continue to repeat the same baseless and misleading allegations rejected by the Senate during the second failed impeachment attempt earlier this year.”

Trump, who famously said he didn’t “take any responsibility at all” for botching his administration’s COVID-19 testing rollout last year while blaming Barack Obama for any problems, takes the same tack in his motion to dismiss.

“Plaintiffs seek to weave fictional tales of a conspiracy between Mr. Trump and others based on political speech taken out of context and the actions of independent individuals with whom Mr. Trump never had contact,” it says.

Besides, Trump argues once again that his service as president entitles him to “absolute immunity.”

“Presidents must be decisive,” the motion asserts. “When making critically important decisions, often of historic proportions, it is imperative that their discretion not be colored, or their actions chilled, by a fear that their presidential actions will result in civil liability—ripening either during or after their presidential term.”