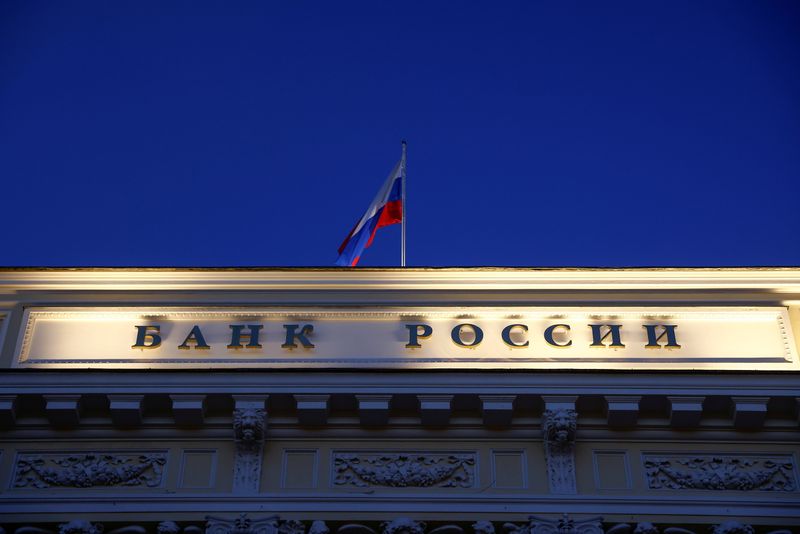 MOSCOW (Reuters) -Russia’s central bank increased its key interest rate to 6.5% on Friday to curb stubbornly high inflation and indicated that further rate increases were possible even after the 100 basis point hike, its sharpest since late 2014.

The decision to raise the rate from 5.5% was in line with the forecast in a Reuters poll. The Bank of Russia had raised rates by 50 basis points last month.

Friday’s decision, its fourth rate increase this year, came after annual consumer inflation, the central bank’s main area of responsibility, overshot expectations and accelerated to 6.5% in June, its highest since August 2016 when the key rate was at 10.5%.

“If the situation develops in line with the baseline forecast, the Bank of Russia will consider the necessity of further key rate increase at its upcoming meetings,” the central bank said in a statement.

High inflation eats into living standards and has been a key concern among households ahead of September parliamentary elections in which the ruling party United Russia is widely expected to retain its dominance.

The rouble hit 73.5125 versus the dollar after the rate decision, its strongest level since July 6..

On the flip side, pricier credit can hamper economic growth.

But the central bank said had revised its forecasts and now expects the economy to grow by 4.0-4.5% in 2021 versus its earlier projection of 3-4% growth.

Governor Elvira Nabiullina will shed more light on the central bank’s forecasts and monetary policy plans during an online news conference at 1200 GMT.    The next rate-setting meeting is scheduled for Sept. 10.