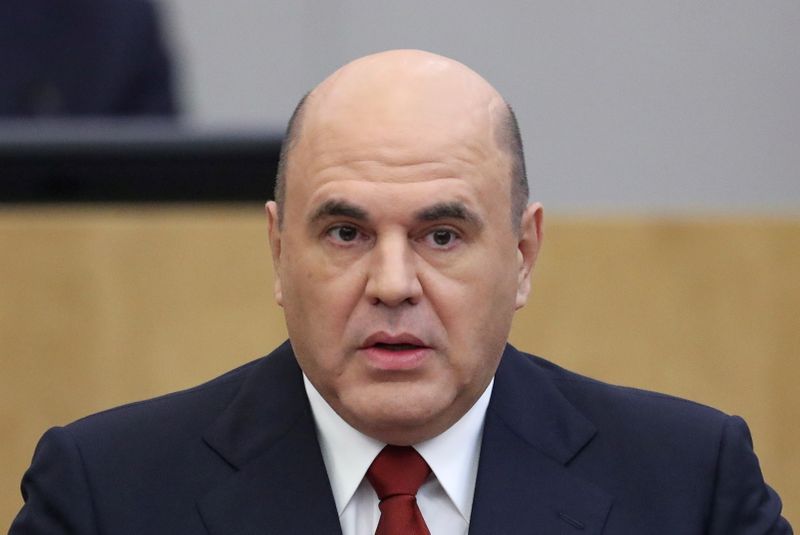 FILE PHOTO: Russia’s Prime Minister Mikhail Mishustin delivers a speech during a session of the State Duma, the lower house of parliament, in Moscow, Russia May 12, 2021. REUTERS/Evgenia Novozhenina/File Photo

High oil prices and a weak rouble give Russia an advantage in boosting state spending, ahead of a parliamentary election in September, and as the budget is poised for a surplus this year after strong revenues in January-June.

Mishustin, addressing a meeting with President Vladimir Putin, said the government was proposing to spend 4.6 trillion roubles by 2024 on social-economic goals, with the state budget and the National Wealth Fund to provide a fresh 736 billion.

“Initiatives proposed by the government…do not harm the budget balance,” he said, adding that private funds would be used along with state money on areas ranging from infrastructure and digital development to social obligations.

The finance ministry forecast a budget deficit of between 1%and 2.4% of gross domestic product this year, but analysts see Russia ending 2021 with a surplus of 3% of GDP if oil prices hover near the levels of $75 a barrel.

The September parliamentary election is the last major nationwide vote before presidential elections in 2024. Officials deny any direct links between pledges to increase spending and elections.