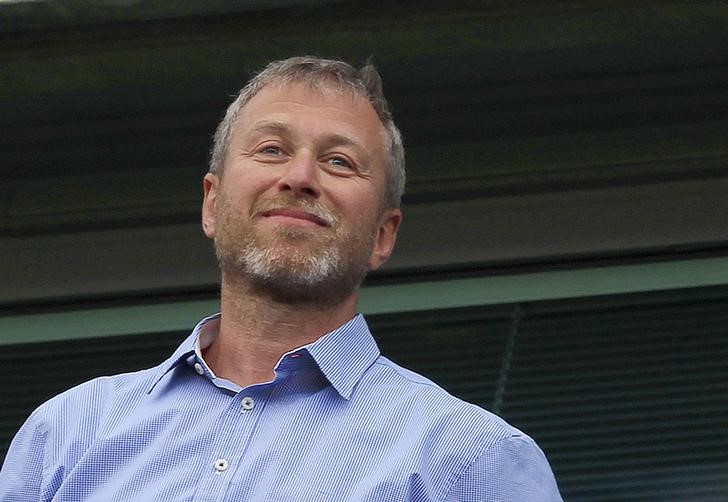 FILE PHOTO: Chelsea owner Roman Abramovich watches the players do a lap of honour after their English Premier League soccer match against Blackburn Rovers at Stamford Bridge in London May 13, 2012. REUTERS/Eddie Keogh

LONDON (Reuters) – England’s High Court will begin hearing arguments on Wednesday from lawyers for four Russian billionaires including Chelsea FC owner Roman Abramovich and state-owned oil firm Rosneft about a book on President Vladimir Putin which they say defames them.

In the 2020 book, British journalist Catherine Belton chronicles Putin’s rise to power and how many of his associates from the former Soviet spy services rose to positions of wealth and influence after he won the top Kremlin job in 1999.

Lawyers for the businessmen will tell the court that passages in the book “Putin’s People: How the KGB Took Back Russia and then Took on the West”, published by HarperCollins, are defamatory. Abramovich is suing both HarperCollins and Belton, according to case details filed with the courts and tribunals service.

HarperCollins said it would “robustly defend this acclaimed and ground-breaking book and the right to report on matters of considerable public interest”.

Belton, a former Financial Times Moscow correspondent and now a Reuters special correspondent, declined to comment. Law firm Wiggin, which is representing HarperCollins and Belton, did not respond to a request for comment.

“The book falsely alleges that our client has acted corruptly, and makes false claims about our client’s purchase, and the activities, of Chelsea Football Club. Such claims are totally unacceptable and are without foundation,” Abramovich’s lawyers, Harbottle & Lewis, said on March 22.

Abramovich said in the same statement that “the false allegations in this book are having a damaging effect, not only on my personal reputation, but also in respect of the activities of Chelsea Football Club.”

A spokeswoman for Abramovich declined to comment further. Harbottle & Lewis did not respond to a request for comment.

Rosneft, Russia’s largest oil producer, is also suing both HarperCollins and Belton for defamation. The firm, and its lawyers Carter-Ruck, did not did not respond to a request for comment.

A spokesman said both men regretted it had not been possible to resolve the matter before Wednesday’s hearing.

“Ms Belton’s book, which has been promoted as a ‘definitive historical record’, contains inaccurate and offensive statements about Mr Aven and Mr Fridman,” the spokesman said. “It is important to them that the record is set straight.”

Businessman Shalva Chigirinsky is suing both HarperCollins and Belton for defamation. His lawyers, Taylor Wessing LLP, passed on to him a Reuters request for comment on the proceedings. He did not immediately respond.

(Reporting by Guy Faulconbridge in London and Vladimir Soldatkin and Tatiana Ustinova in Moscow; Editing by Giles Elgood and Jon Boyle)