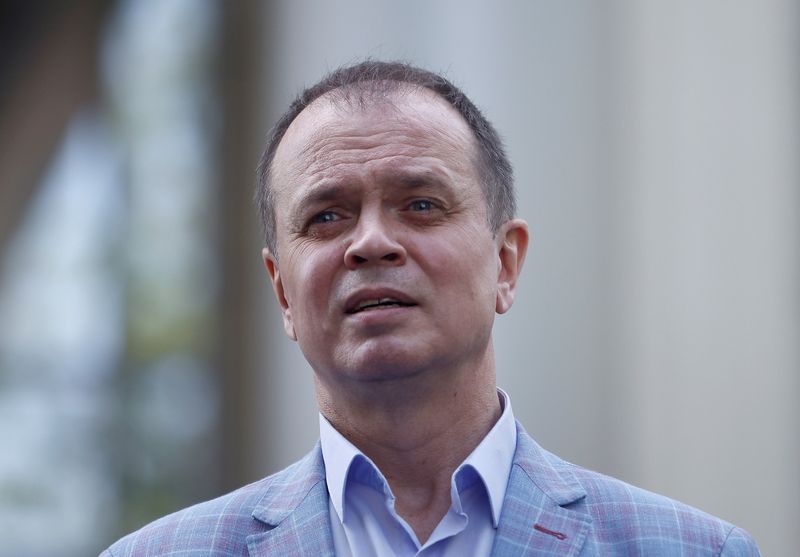 MOSCOW (Reuters) – An association of human rights lawyers linked to jailed Kremlin critic Alexei Navalny’s group has suspended work to protect its team after Moscow authorities blocked its website due to a request from prosecutors, it said on Sunday.

Russian authorities have moved ahead of September’s parliamentary election to restrict opposition groups and independent media which the authorities say are hostile and foreign-backed.

The lawyers’ association, Komanda 29 (Team 29) is led by Ivan Pavlov, who has defended Navalny’s group. Pavlov has been under criminal investigation since April when Russia accused him of disclosing classified information relating to one of his clients.

“The Prosecutor General’s Office identifies Komanda 29 with the Czech-registered NGO Společnost Svobody Informace, which is listed as an undesirable organisation (in Russia),” the association said in a statement.

Komanda 29 disagrees and has no relationship with the Czech NGO, it said, adding that its lawyers would challenge the identification “but right now we cannot ignore the position of the security services”.

“The next step in the attack on us could be the criminal prosecution of both members of Komanda 29 and its supporters,” it added.

Russia’s Prosecutor General’s Office did not reply a Reuters’ request for comment on Sunday evening.

Navalny’s allies have already suspended their groups to protect their supporters, acting before a ruling which handed authorities the formal power to jail activists and freeze their bank accounts if they continue their activities.

Navalny and his associates have instigated numerous investigations into what they say is high-level corruption. The Kremlin says the reports are malicious inventions as part of a foreign-backed plot to destabilise the state.

Navalny himself is in jail for parole violations over an embezzlement case he says was trumped up. He was arrested in Moscow this year after flying back from Germany where he had been recovering from a nerve agent poisoning in Russia.