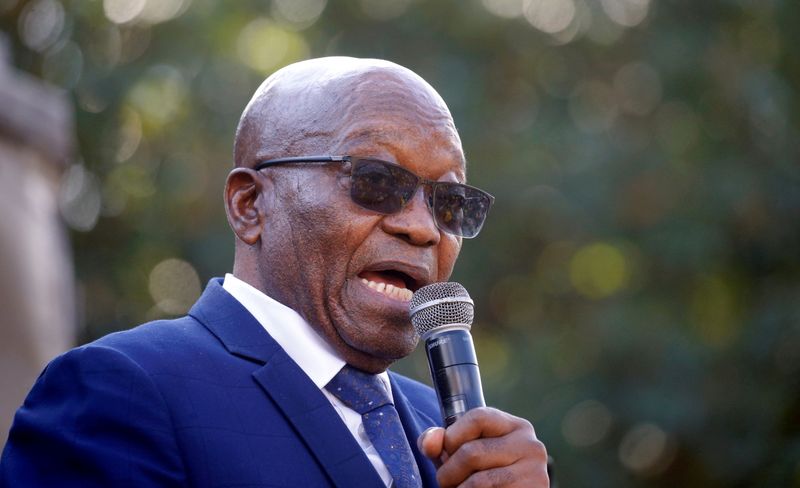 JOHANNESBURG (Reuters) – A South African court on Tuesday adjourned former president Jacob Zuma’s arms deal corruption trial to Aug. 10, after the ex-leader applied for a postponement to appear in person rather than virtually.

Zuma is currently in prison after earlier this month starting a 15-month sentence for contempt of court.