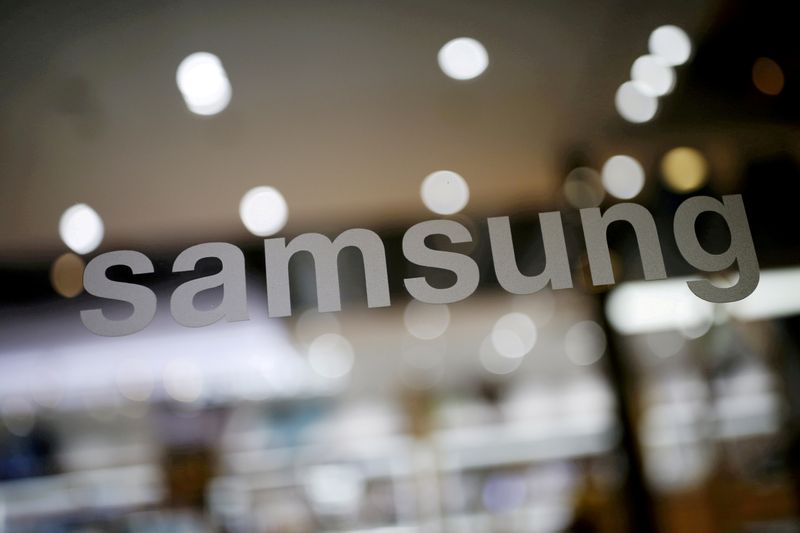 FILE PHOTO: The logo of Samsung Electronics is seen at its headquarters in Seoul, South Korea, April 4, 2016. REUTERS/Kim Hong-Ji/File Photo

By Joyce Lee and Heekyong Yang

SEOUL (Reuters) -Samsung Electronics Co Ltd said on Thursday it expects favourable market conditions for its component business in the second half of the year, after announcing its highest quarterly operating profit since 2018.

The world’s top maker of memory chips and smartphones posted a 54% jump in operating profit in the April-June quarter to 12.6 trillion won ($10.95 billion), from 8.1 trillion won a year earlier.

Mobile profits dipped from the previous quarter due to constrained supply of mobile processor chips and production disruptions related to the coronavirus pandemic, it said in a statement.