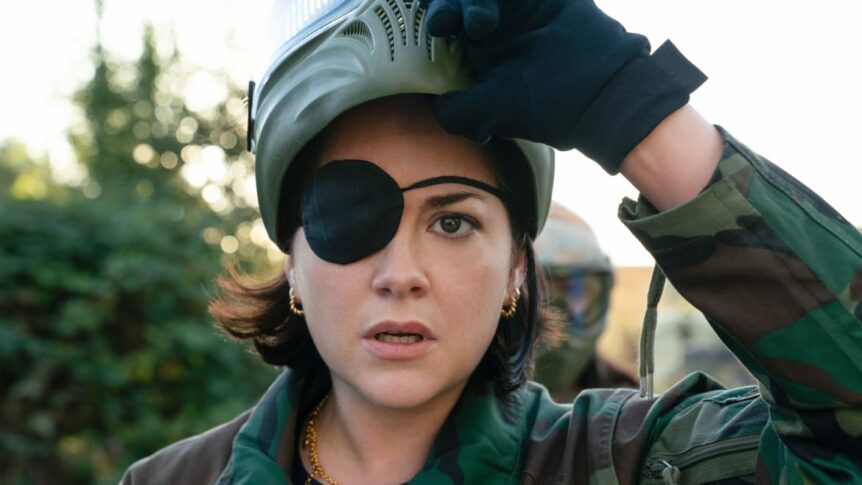 Very few folks can pull off the “lob” hairstyle—short for a long bob, popular in the year 2008, nearly extinct in our current day—but when someone can, they really can. A person rocking a lob cut is someone you don’t want to mess with. A strong, powerful woman. This is someone who wakes up every morning and has to make sure every single strand is perfectly set.

Bad Sisters features such a woman: Bibi, played by a killer Sarah Greene. You may recognize Greene from her performance as Paul Mescal’s sweet mother in Normal People, but she’s departed completely from that demeanor in Bad Sisters. Now, she’s a no-bullshit, harsh, man-killing legend with one eye.

Well, almost man-killing. If you know anything about Bad Sisters, you should know exactly what I’m getting at here. Sharon Horgan’s new dark comedy puts an Irish twist on Big Little Lies: a band of four sisters put their heads together to plot the murder of their fifth sister Grace’s (Anne-Marie Duff) terrible husband, “the prick” John Paul (Claes Bang). He’s terrible in little ways (he calls his wife “mammy”) and big ways (he sexually harasses one of the sisters via text), and consistent with his evilness to inspire several murder plots.