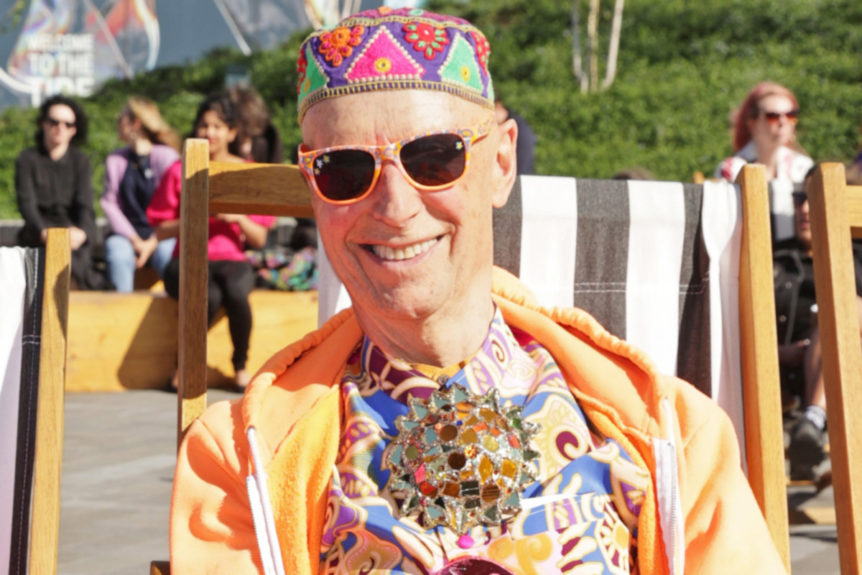 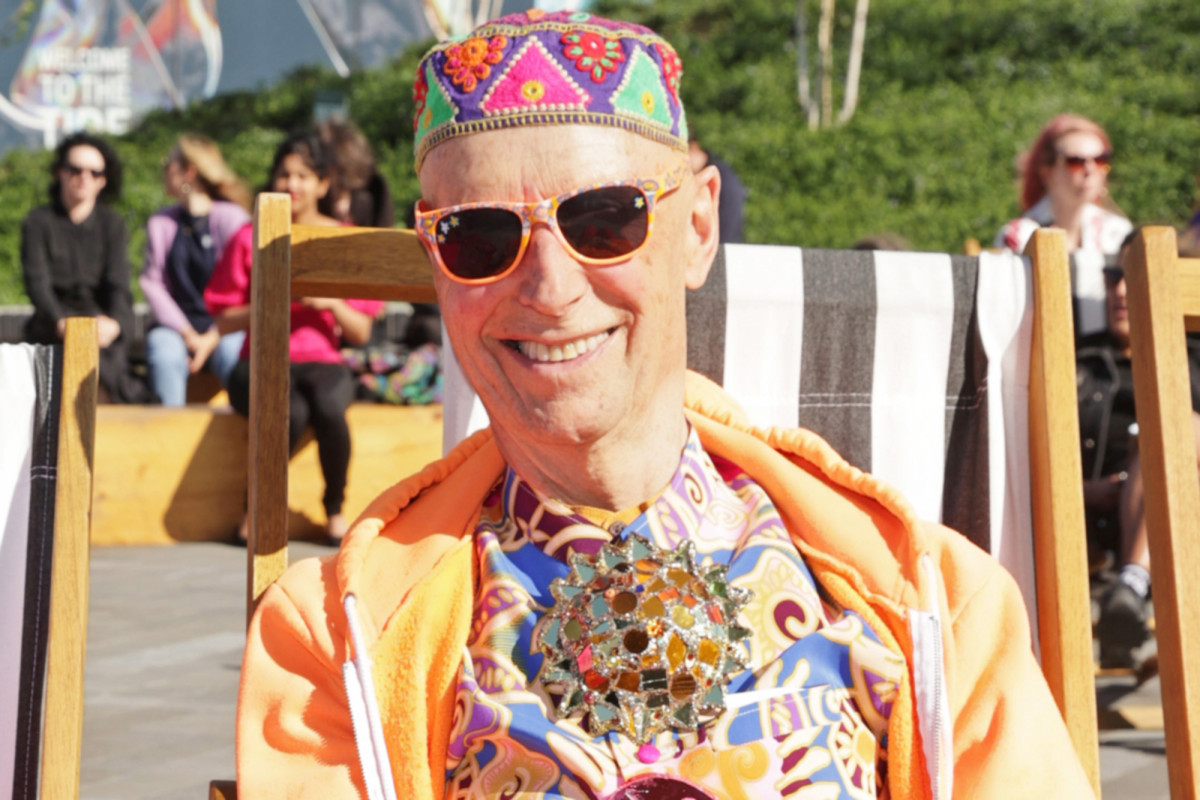 Oh, those incorrigible Brits. Whatever to do with them?!

English sculptor Andrew Logan risked making his compatriots choke on their tea during a recent Zoom event for the Museum of Arts and Design.

Fellow Brit Dame Zandra Rhodes interviewed her longtime chum Logan for members of the museum, and asked him what he was doing with his day.

Perhaps to the relief of some participants, he elaborated, “I’m working on a five-foot mirrored sculpture called ‘Love’ for my museum in Wales. So when we have weddings here, people can stand next to it. It’s all-encompassing.”

The conversation for 75 MAD patrons and jewelry collectors remained spirited for the next hour; Dame Zandra wore a large “Fried Egg” ceramic broach that Andrew created for her (new ones feature pearls that Zandra said, “look lovely, like the undercooked bits of white”).

Meanwhile, Logan wore a mirrored jeweled “Crown of Psychedelic Peace” — another of his creations.

He spoke from the Andrew Logan Museum of Sculpture in Berriew, Wales while Dame Zandra joined from her London penthouse above her own Fashion and Textile Museum.

Logan’s work “has often involved collage to create an otherworldly presence,” ArtUK wrote in February 2020, adding that he “brings together found objects and bric-a-brac to give everyday items an almost sacred feel.”

Meanwhile, “The list of people [Rhodes] has dressed is a 20th-century hall of fame, from Barbra Streisand to Freddie Mercury, Princess Diana to Diana Ross,” the Guardian opined of Logan’s muse in January.