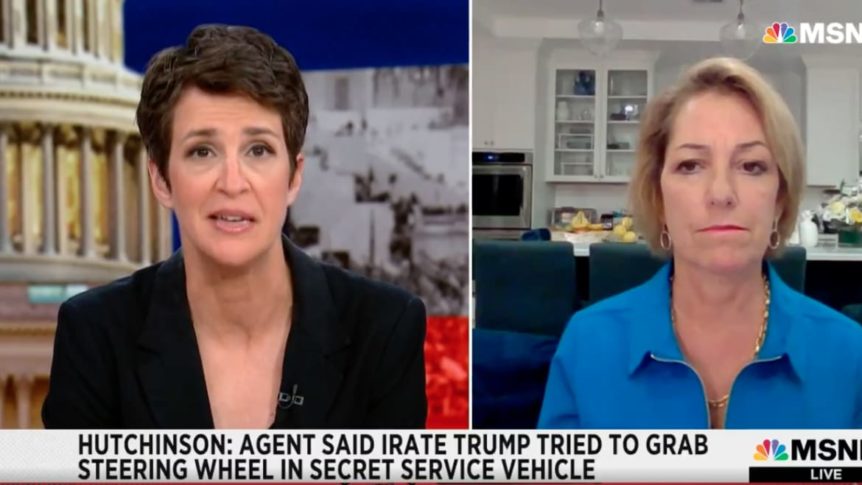 The Secret Service agents who have reportedly pushed back on bombshell testimony about former President Donald Trump in a presidential SUV on Jan. 6 were “very close” to him and have even been described as “yes men,” according to a Washington Post reporter.

In testimony before the House Jan. 6 Committee on Tuesday, former Mark Meadows aide Cassidy Hutchinson said she had heard that after the Jan. 6 Stop the Steal rally, Trump tried to grab the steering wheel of the vehicle and “lunged” at a Secret Service agent in a desperate attempt to be taken to the Capitol.

Hutchinson testified that Tony Ornato, a Secret Service agent who also served as White House deputy chief of staff, told her about it after Trump had instead been driven back to 1600 Pennsylvania Avenue, where he apparently proceeded to throw his lunch against the wall in anger.