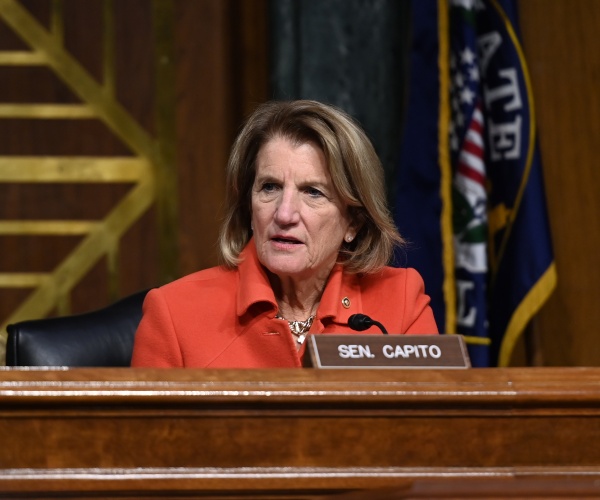 In an interview on “Fox News Sunday,” Capito said Biden is “tasked us to come up with something close to $1 trillion.”

“That’s exactly what we’ve done,” she said. “I think we’re building those blocks for a good infrastructure package… we’re smoothing out those edges.”

“We disagree on the definition of infrastructure and we’ve been working with the president to bring it back to the physical core idea of infrastructure that we’ve worked so well on in the past,” Capito said. “Whether that’s roads and bridges, waterways ports, lead pipes, transit, airports, and also the new infrastructure which you know we must have everywhere, a broadband. Those are great categories I think that we can work together on.”

Capito said that despite the administration’s desire to pay for the infrastructure bill with a business tax raise, there is a way to fund the bill — with allocated but still unspent COVID-19 money.

“Tax cuts in 2017 led to the most booming economy… it was working in terms of spreading out economic growth,” she said, arguing it should not be changed.

“Over the last year and a half, we put trillions of dollars into COVID relief, much of it unspent,” she said. “We say reprogram that.”

“We have laid out the ways to pay for this … it does not involve raising taxes… let’s make sure we get everything reopened and the economy going full speed,” she urged.

“I think we can get to real compromise, absolutely, because we’re both still in the game,” she said, noting the COVID allocations “haven’t gone out the door” and are still “not spent.”

“The president told me himself let’s get this done. We realize this is not easy. I think we bring every idea that’s on the table into the negotiations to see how we can achieve this and get it across the threshold.”

According to Capito, Democrats could shut down discussions if they wanted to, “but there’s a reason they’re not.”

“They see that… we’re working on this,” she said, and that “there’s a hunger for bipartisanship.”

“[Biden] has expressed [that] to me and our group numerous times,” she said.

“We’re inching toward each other here… it’s worth it to show this country that we can work together.”