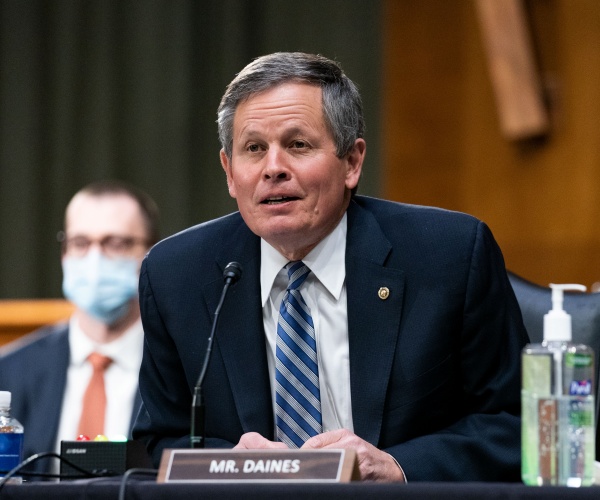 Montana GOP Sen. Steve Daines, a member of the Senate Finance committee, told Newsmax that Republicans blocked talks on the $1.2 trillion infrastructure bill because they would like to review it before voting, adding that Senate Majority Leader Chuck Schumer is acting “completely irresponsible to rush this vote.”

Appearing on “Spicer & Co.,” Daines touted that, “one of the red lines for us as Republicans is, you cannot raise taxes or increase the deficit…That’s why every single Republican voted against that here this afternoon.”

The senator shared his concern that by pushing such a bill through could raise the level of inflation. Adding, “now that $3.5 trillion bill, that would come next. This is a massive tax and spending spree. It’s reckless.”

According to the Wall Street Journal, a graph from the Federal Reserve Bank of Atlanta indicates that wages were “down only a bit since before the pandemic. But adjusted for inflation, wages are down 2%.”

“Adding another $3.5 trillion of big government tax increases would add fuel to an inflation fire that’s already burning across our country,” Gaines added.

The Journal also reported that measured inflation has exploded to a 13-year high of 5.4 percent.