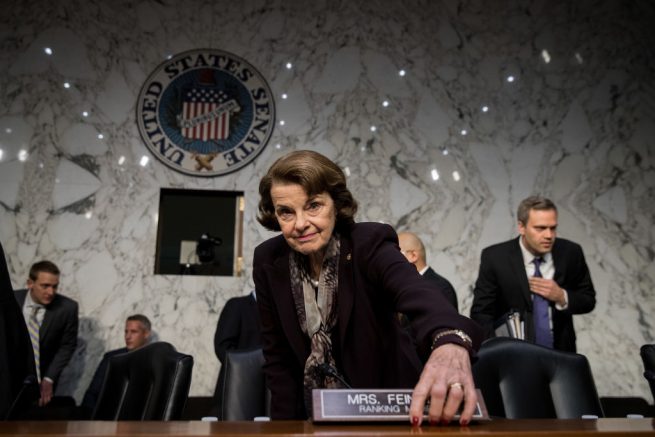 Sen. Dianne Feinstein (D-Calif.) is facing scrutiny for contradicting herself on the future of the legislative filibuster.

Speaking to reporters on Thursday, Feinstein said she didn’t see Democrats getting rid of the rule which requires 60 votes to advance bills in the Senate. The California Democrat added that no one has proposed nixing it, calling the matter a ‘non-issue’.

Asked Feinstein if a 1/6 filibuster would motivate her to abolish the rule:

Would she vote to nix?

However, in March, the 87-year-old senator issued a statement that said she was open to changing the filibuster to require 51 votes to move legislation. Yet, that same month she told reporters she supported keeping the filibuster as is. Feinstein’s contradictory comments are leaving reporters and lawmakers alike confused.