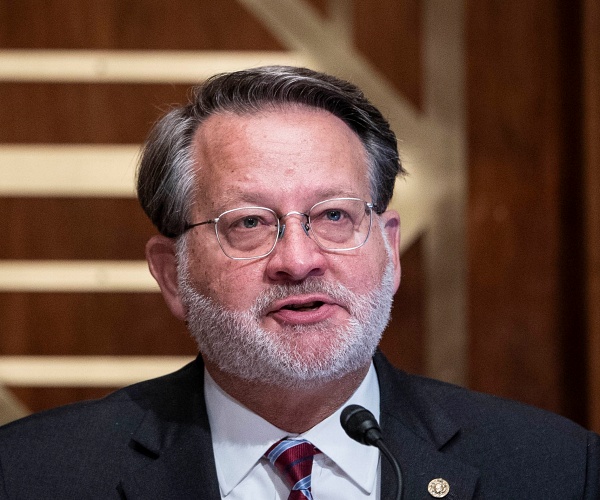 A new Senate report outlining the failures in communication leading up to the Jan. 6 events at the Capitol was a focus on the facts but isn’t the “end-all” when it comes to investigating what happened, Sen. Gary Peters, who chairs one of the committees behind the document, said Tuesday.

“We just wanted to focus on what the actual facts were, related to what happened on the Capitol grounds and the violence and what were security breaches, and why wasn’t there adequate planning for security,” the Michigan Democrat said on CNN’s “New Day.” “There’s no question we have to look broadly at what led to this and part of that is the rise of violent extremist groups.”

The 100-page bipartisan report, the result of the joint investigation by the Homeland Security and Rules committees that started shortly after the Capitol attacks, says the federal agencies did not raise a sufficient alarm concerning the threat of violence and that the Capitol Police’s intelligence division did not adequately communicate what it knew with the department’s leaders and rank-and-file officers.

But what the report did not do was focus on former President Donald Trump, or use words such as “insurrection” to cover the events of the day, and Peters said that was “never the intent of this report,” even though he does refer to Jan. 6 as an “insurrection” himself.

“It is focused just on individual security recommendations that we hope will be implemented,” said Peters. “I think what was telling to me with the intelligence community, they said they weren’t able to put out a warning because they weren’t sure whether or not this was related to violence or if it was free speech. Why were they questioning the credibility of what we were all seeing on the internet?”

However, he said the Capitol incidents were a “singular” event and compared the intelligence failures to those that happened before the 9-11 attacks.

“We had this attack on our soil, foreign terrorists that attacked our soil,” said Peters. “It really was a wake-up call for the intelligence community and silence that existed, that they weren’t talking together like they should.”

But the report itself was limited in scope “so that we could have concrete recommendations that could then be provided to the Capitol Police as well as other federal agencies to make sure that we never see an attack on the Capitol like we saw on Jan. 6,” said Peters.

“We looked at the fact that we had intelligence agencies that, despite the fact this was happening in real time on social media, it was widely known that it would be a very likely violent crowd coming to Washington, D.C.,” the senator said.  “They did not put out intelligence warnings that would have informed local officials as to how to adequately prepare. Those failings need to continue to be examined. We will do that in the Homeland Security Committee that I chair.”

The Capitol Police also did not have “adequate” equipment, training, or protocols for bringing in the National Guard, said Peters.

“We have over 20 recommendations,” he said. “The idea of the report is that these are things that can be taken up quickly and corrections made quickly.”