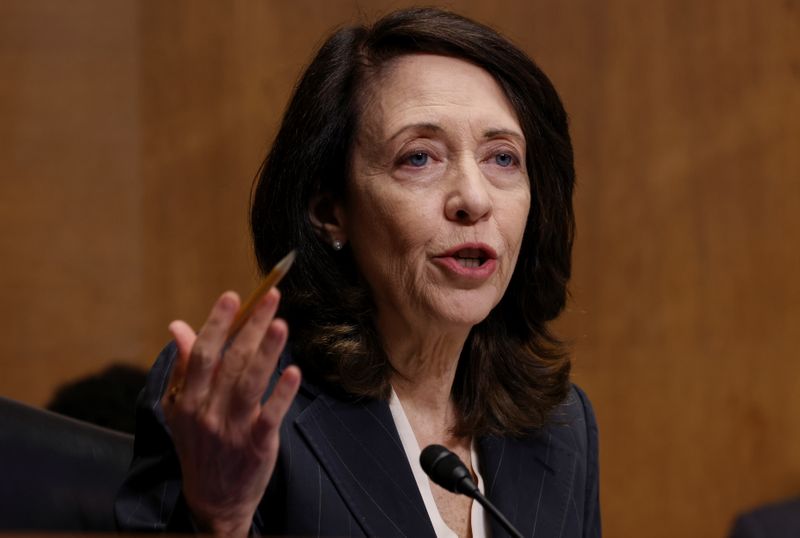 Congress approved three separate rounds of taxpayer funding totaling $54 billion to pay much of U.S. airlines’ payroll costs through Sept. 30 as a result of COVID-19 – as well as $25 billion in low-cost government loans.

In the letters, Cantwell said at best each airline “poorly managed its marketing of flights and workforce as more people are traveling, and, at worst, it failed to meet the intent of tax payer funding and prepare for the surge in travel that we are now witnessing.”

Airlines were not allowed to issue involuntary layoffs or cut worker pay as part of government assistance.

Cantwell asked the airlines, which also included Republic Airways and Allegiant Airlines, for answers about workforce management, if they have exhausted all U.S. payroll assistance and steps to address anticipated or current labor shortages due to increased consumer flight demand this year.

American Airlines in June said it would cancel around 1% of its flights in July, while Southwest canceled hundreds of flights last month after computer and weather issues.

Southwest said it was the “only major airline to maintain service at every U.S. airport we served prior to the pandemic” and did not layoff or furlough any staff.

American and Allegiant declined comment. Republic and JetBlue did not respond to a request for comments.

Delta pointed to Chief Executive Ed Bastian’s comments on Wednesday that “the challenges of getting our airline fully back to the service level our customers expect and deserve is daunting in light of the huge surge in demand that we are experiencing.”