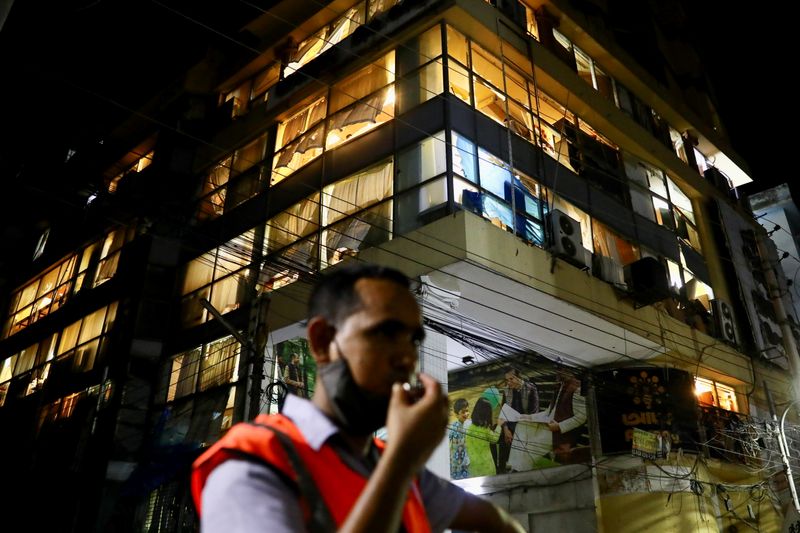 Broken windows of a multi-storey building are seen beside the site after a blast in a shop that killed several people in Dhaka, Bangladesh, June 27, 2021. REUTERS/Mohammad Ponir Hossain

DHAKA (Reuters) – At least seven people were killed and more than 50 people were injured in an explosion in the Bangladeshi capital late on Sunday, police said.

The cause of the blast, which occurred on the ground floor of a three-storey building on a busy street in Dhaka’a Moghbazar area, was not immediately known.

“We have information so far that seven people died in the incident and 50 others have been admitted to hospitals,” Shafiqul Islam, Dhaka city police commissioner, told reporters after visiting the scene.

Seven other nearby buildings and three buses were damaged in the explosion, he said.