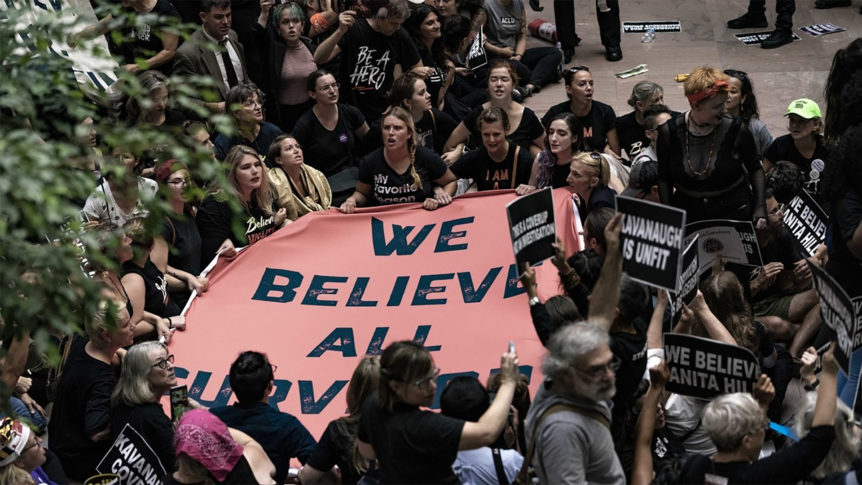 A sixth woman has come forward to report that New York Governor Andrew Cuomo touched her inappropriately after being called to the governor’s mansion one night last year.

The new allegation adds to the growing list of accusers in the Empire State.

The yet-unnamed accuser is not only the sixth person but the fifth Cuomo aide to do so.

The sexual harassment scandals have the power to take down not only one of the most prominent Democrat governors, but the entire Liberal establishment’s famous #MeToo movement.

After all, if Liberals truly #BelieveAllWomen why is it taking some Liberals until after such time as when more women come forward?

The Oxford textbook definition of hypocrisy is “the practice of claiming to have moral standards or beliefs to which one’s own behavior does not conform; pretense.”

In September 2018, Liberals pounced onto the scene with the slogan #BelieveAllWoman immediately after the confirmation hearings of now-Supreme Court Associate Justice Brett Kavanaugh. The lesson was that all women — even Dr. Christine Blasey Ford, whose memory was shaky on some elements of her alleged attack 30 years ago — should be believed, no matter what.

Why, then, is the shoe on the other foot when it comes to a man within their own party? If progressives were abiding by their own rule, they would have believed the FIRST woman who came forward against Cuomo.

Furthermore, to suggest that there isn’t a problem when the first five women stepped forward, denigrates the experiences of those five women.

However, Cuomo isn’t the first Democrat to get a pass on believing all women.

Just ask Tara Reade, the former aide to then-U.S. Senator Joe Biden, who accused the elder senator of sexually attacking her in the basement of the U.S. Capitol. She said that when she brought it to her superior’s attention, she was fired. Not many Democrats believed her, instead choosing to back Biden in his Presidential bid.

National Public Radio (NPR) reports on a survey that shows 81% of women have experienced sexual harassment.

To a large portion of the population, the optics of not “believing all women” when one party has lectured the other for nearly three years on doing precisely that, won’t play well in the 2022 midterms, which will serve as a referendum on everything that occurred on the Democrats’ watch.

Until Liberals take sexual harassment allegations against their own party’s leaders seriously, they can’t be believed in the future when they say that ALL women ought to be believed.