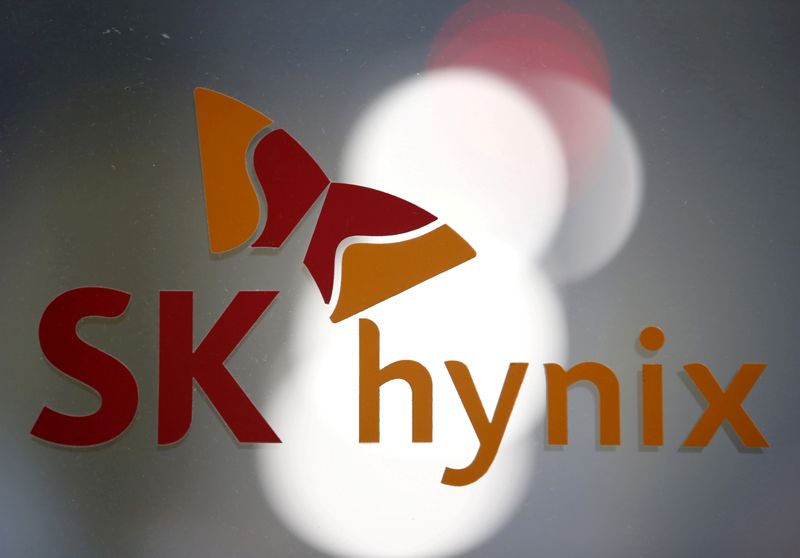 FILE PHOTO: The logo of SK Hynix is seen at its headquarters in Seongnam, South Korea, April 25, 2016. REUTERS/Kim Hong-Ji

By Joyce Lee and Heekyong Yang

SEOUL (Reuters) – SK Hynix said on Tuesday it expects strong memory chip demand to run on for the rest of 2021 on data centre build-outs and the use of more sophisticated chips in smartphones, as it reported its biggest quarterly profit in more than two years.

SK Hynix, the world’s second-biggest memory chipmaker with customers including Apple Inc, forecast especially strong growth for NAND Flash products in the second half of the year due to demand for increased data storage in mobile devices.

“The demand level is much stronger than we expected early this year, especially from 5G-based smartphones and PCs,” head of DRAM marketing MS Park said in an earnings call. “Such favourable memory market conditions are expected to continue into the second half of 2021.”

SK Hynix’s upbeat outlook was at odds with some market concerns that memory chip demand may flag if a global shortage of processing and other microchips continues, curtailing production of some products and damping memory chip demand.

“There have been some corrections to demand because of parts supply disruptions, but not so much so that it will alter the fundamental course of demand growth,” Park said.

He expected this year’s consumer-led demand recovery to be superseded by corporate sector demand next year, spurred on by developments such as expansion of standalone 5G telecommunication networks.

Memory chip inventory levels were expected to continue to decline, while SK Hynix also aimed in the third quarter to turn around its loss-making NAND Flash business, which has suffered from thin margins and strong competition.

The months-long global shortage of other semiconductors, fuelled by pandemic-led demand for cars, phones, and cloud computing, has buoyed overall demand and helped chipmakers post strong profits in the first half of the year.

While many executives and industry experts expect the chip shortage to continue well into next year, some companies like Taiwan’s TSMC and Volkswagen have flagged that the crunch is easing for the auto industry.

It was the company’s highest quarterly profit since the fourth quarter of 2018, data showed, up from 1.9 trillion won a year earlier, and in line with a Refinitiv Smartestimate of a 2.7 trillion won profit.

SK Hynix shares were flat at 117,000 won, sitting virtually unchanged for the year.