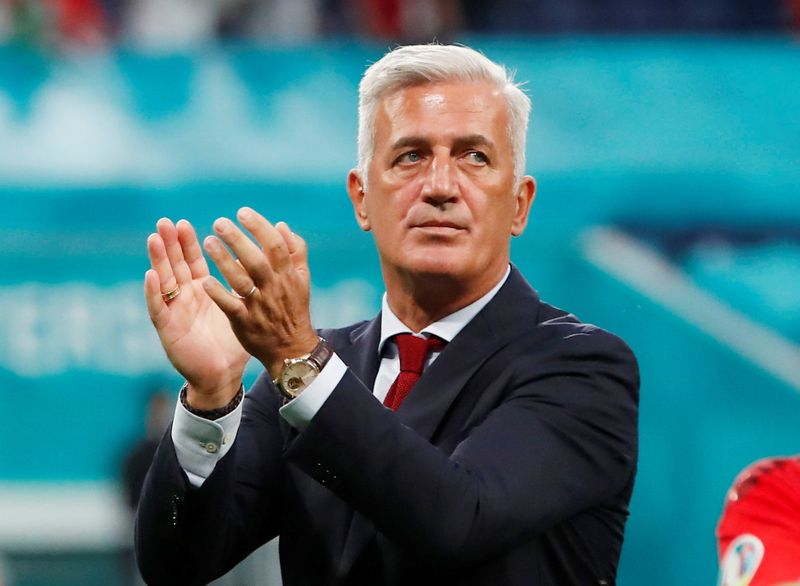 (Reuters) – Vladimir Petkovic has left his job as Switzerland coach to take over at Girondins de Bordeaux, the French Ligue 1 club and Swiss FA said on Tuesday.

The 57-year-old Petkovic, who helped guide Switzerland to the quarter-final of the European Championship this month, has signed a three-year contract with the French club.

“We are so proud to be able to recruit Vladimir,” club president Gerard Lopez said in a statement.

“He has the perfect profile to join a long-term project with the club. Personally, I must also thank him for his determination and his desire to join us.”

Sarajevo-born Petkovic took over as Swiss coach after the 2014 World Cup as the successor to Ottmar Hitzfeld and led the team to the last 16 at the 2018 World Cup.

At Euro 2020, they eliminated world champions France in the round of 16 in a penalty shootout before losing to Spain on post-match spot-kicks in the quarter-finals.

“We are sad that Vladimir Petkovic is leaving us, but we are very grateful to Vlado for the extremely good and successful seven years he has given us as a national coach,” Swiss FA president Dominique Blanc said in a statement.