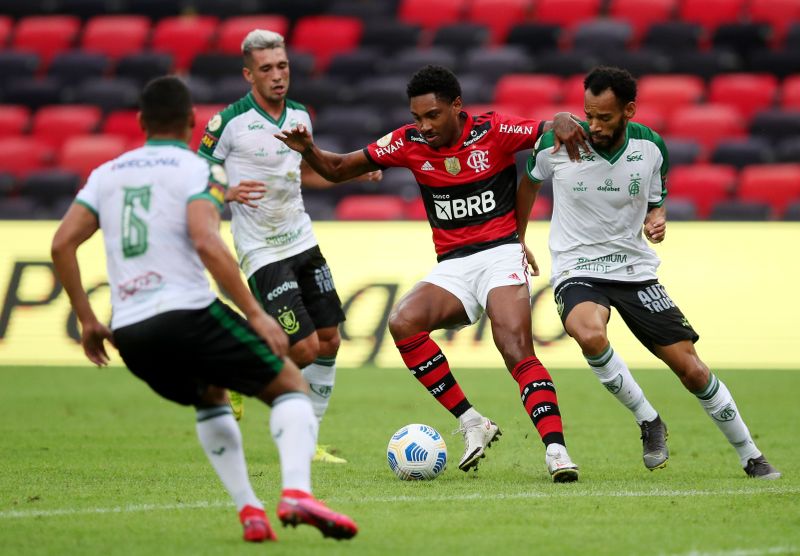 RIO DE JANEIRO (Reuters) – Flamengo scored in each half to beat promoted America Mineiro 2-0 in Brazil’s Serie A on Sunday.

The Rio club were missing five first-team players, who were on Copa America duty, but were still too strong for America, who fell to their third straight defeat.

Bruno Henrique put Flamengo ahead after 24 minutes and Rodrigo Muniz doubled their lead midway through the second half.

The reigning champions have a 100% record from their first two games but trail leaders Athletico Paranaense, who have won all three of their matches so far.