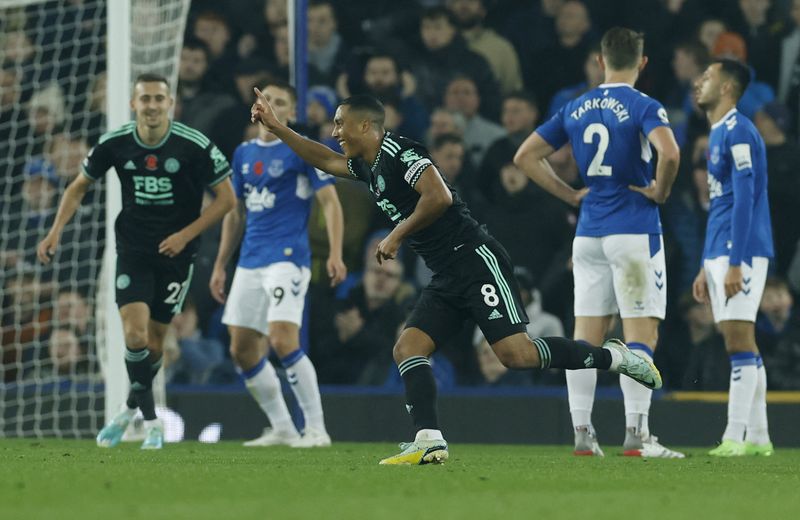 LIVERPOOL, England (Reuters) -Leicester City secured a 2-0 win at Everton thanks to a superb goal on the stroke of halftime from Youri Tielemans and a late Harvey Barnes strike at Goodison Park that lifted them out of the Premier League relegation zone on Saturday.

The victory moves the Foxes, who started the day in 18th spot, up to 13th on 14 points after 14 games, level on points with Everton but two places above them on goal difference.

Everton started well and almost took the lead in the sixth minute with Dominic Calvert-Lewin winning the ball and sliding it into the path of Alex Iwobi who flashed his shot across the face of the goal and wide, setting the tone for the Toffees.

Seeking to make an impression and perhaps win a spot in England’s World Cup squad, Leicester playmaker James Maddison put in a superb attacking display in the first half.

He had a good opportunity in the 14th minute, pulling his shot wide, and went close again just before the half-hour mark but this time his effort was turned behind for a corner.

However, Maddison did manage to tee up Tielemans as the clock ticked towards 45 minutes, and the Belgium midfielder took a touch before unleashing a brilliant dipping shot that arched over goalkeeper Jordan Pickford and into the net.

Calvert-Lewin wasted a great chance to put Everton level early in the second half when Iwobi played him in, but he fired straight into the legs of keeper Danny Ward.

Maddison struck the right-hand post with a venomous effort on the hour and, though he could not get the goal his efforts deserved, set up Barnes to drill in the second goal in the 86th minute to wrap up a much-needed three points. 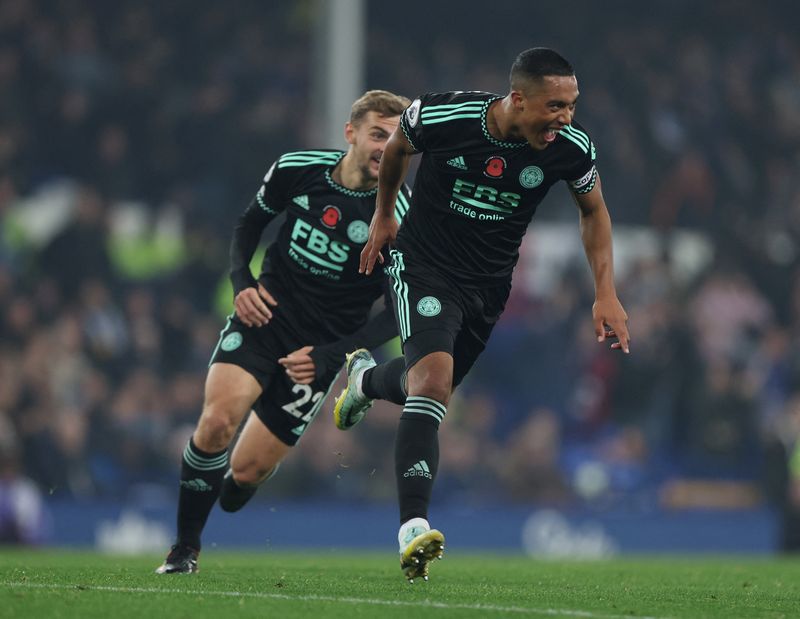 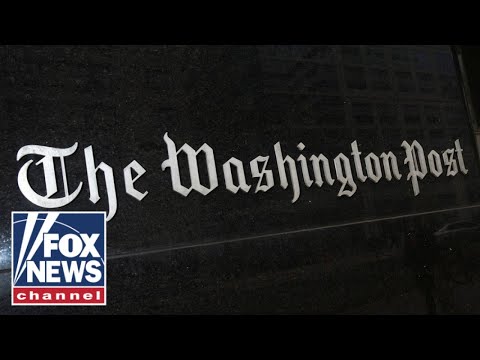