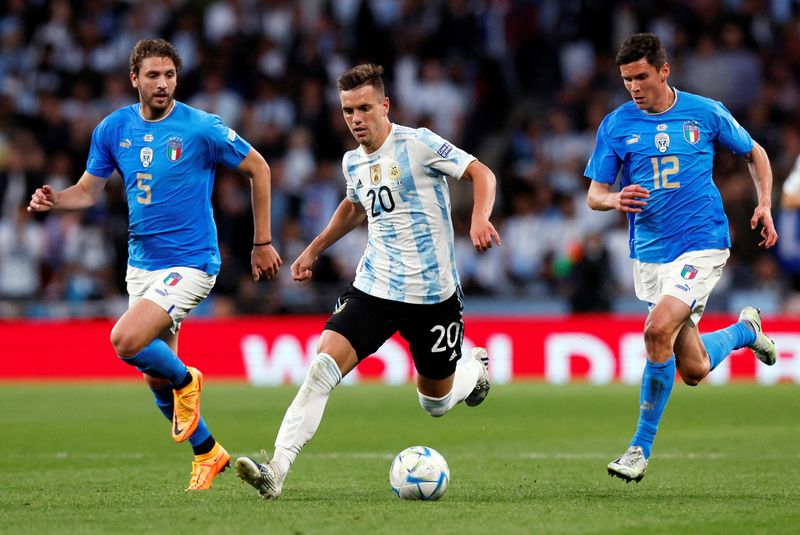 (Reuters) – Argentina have no readymade replacement for midfielder Giovani Lo Celso who is in danger of missing the World Cup due to a hamstring injury, coach Lionel Scaloni has said.

They are already fretting over injuries to Paulo Dybala and Angel Di Maria but losing Lo Celso, a key player in their Copa America win and World Cup qualification, would be a huge blow.

Lo Celso is a crucial part of Scaloni’s midfield formation along with Leandro Paredes and Rodrigo de Paul.

“Numerically there is a replacement, but football-wise there is not,” Scaloni told TyC Sports. “There are others with other abilities, but it is evident that he has given us a lot.”

The 26-year-old Lo Celso was replaced on Sunday 24 minutes into Villarreal’s LaLiga match against Athletic Bilbao and the initial diagnosis showed a muscle rupture injury.

Spanish media reported that Villarreal will provide a final update on Monday, with Scaloni saying there was no point bringing him to Argentina for evaluation.

“He is being treated there, with trained people. I want him to arrive healthy.”

Scaloni also highlighted the risks of playing the World Cup in the middle of a season and complained about the number of club matches players were asked to play in October.

“That’s what it means to play a World Cup in the middle of a championship with a crazy month of October, with matches every three days,” he added. “And then give you the players three days before the start of a World Cup.

“Whoever gets on the plane will be fit to play the first match … but there are a few variations we have to evaluate according to the positions.”

Argentina play a warm-up match against the United Arab Emirates on Nov. 16 before their opening World Cup Group C game against Saudi Arabia on Nov. 22. They also face Mexico and Poland in the group stage. 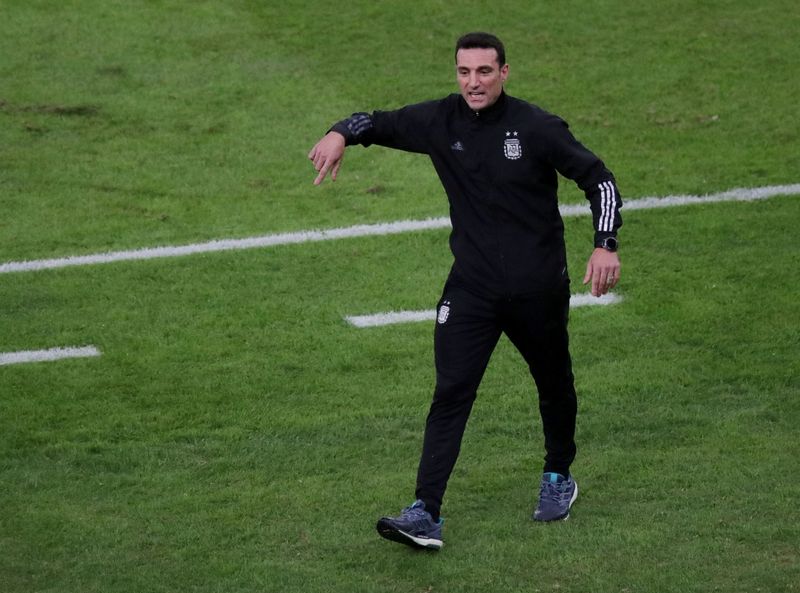