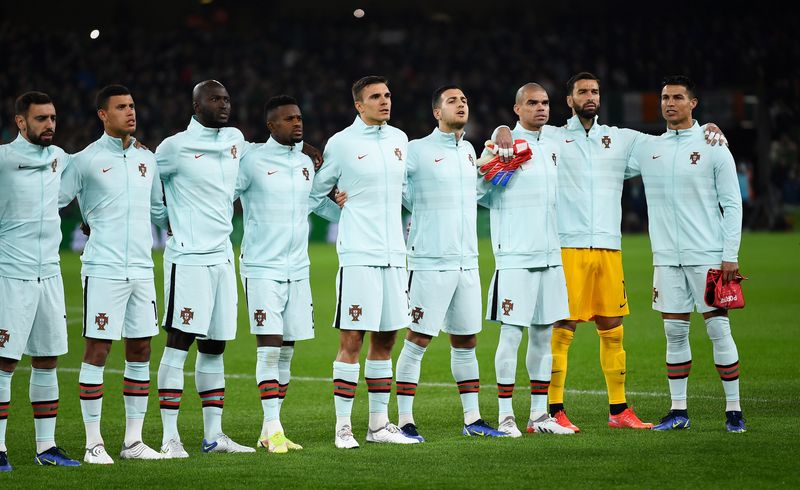 (Reuters) – One of Portugal’s best generations of players, led by Cristiano Ronaldo in the twilight of his career, will arrive at the World Cup with the pressure of proving they are not underachievers.

The Portuguese soccer landscape has been drastically transformed over the past two decades as the country evolved from a mid-level team into one of the world’s best, with the country being viewed as a talent machine.

Bruno Fernandes, Rafael Leao, Joao Felix, Joao Cancelo, Ruben Neves, Bernardo Silva, Vitinha and others will make Portugal, on paper, one of the best teams man-for-man in Qatar. But the reality is different from the theory with Portugal.

The rise of forward Cristiano Ronaldo and manager Jose Mourinho had a major impact on the country’s soccer culture, leading them to the Euro 2004 final and Euro 2016 triumph.

However, the impact of Portugal’s Euros success is fading fast and winning the Nations League title at home in 2019 has not eased the criticism with recent outings disappointing.

They lost in in the last 16 at Euro 2020, failed to qualify for the finals at the last two Nations League editions and had to go through the playoffs to rech this year’s World Cup.

Their latest defeat at home to Spain in their final match of the Nations League group stage sparked criticism aimed towards manager Fernando Santos and captain Ronaldo.

Fans and local media are questioning if the time has come for the veteran coach to step down and for Ronaldo to pass the baton to the new generation and assume a secondary role in a team full of young and talented players.

The latest crop are part of the elite but have not been able to shine in the national team due to the insistence on moulding and adapting their game to accomomodate Ronaldo.

After losing 1-0 against Spain in Braga in October, when Portugal dominated possession but wasted chances only to see their savvy neighbours score the winner in added time, Santos had to answer several questions about his future.

“I have a contract until 2024 and I intend on honouring it until the end,” he firmly told reporters.

If the pressure of the latest results was not enough, the coach must tackle two different problems up front – the absence of injured Liverpool forward Diogo Jota and Joao Felix’s poor form at Atletico Madrid, where the 120 million euro ($118.56 million) striker has become a bench warmer this season.