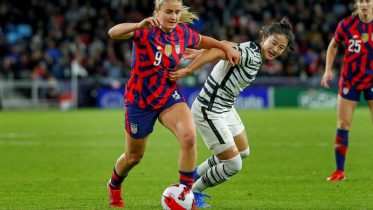 The 2019 World Cup winner was named Most Valuable Player of the National Women’s Soccer League (NWSL) in 2018 and brought home the championship in the top-flight American league in 2017.

“Lindsey has been a massive part of this club’s success,” Thorns FC general manager Karina LeBlanc said in a statement. “We look forward to watching her succeed abroad.”

Horan will be reunited with U.S. team mate Catarina Macario, with whom she brought home the Olympic bronze medal last year.

Horan previously played for Paris Saint-Germain, signing with the capital team a decade ago after forgoing offers at the collegiate level before returning to the U.S. in 2016.