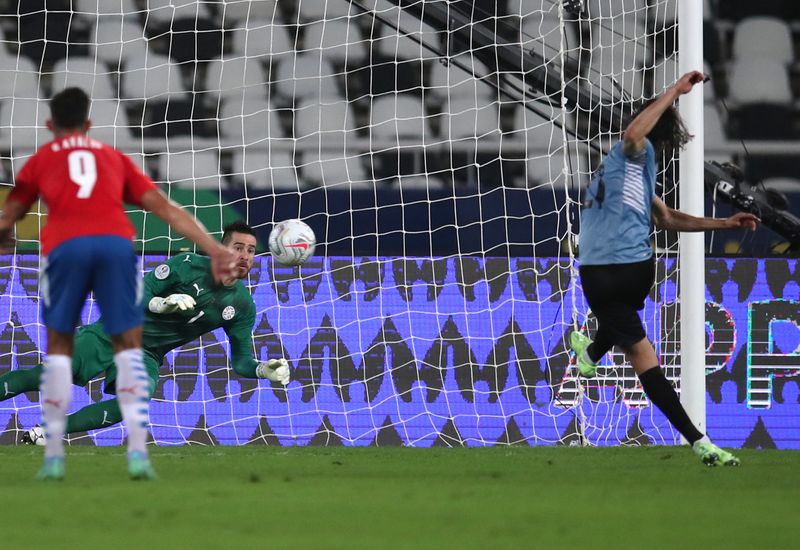 RIO DE JANEIRO (Reuters) – An Edinson Cavani penalty sealed an easy 1-0 win for Uruguay against neighbours Paraguay at the Copa America on Monday, setting up a quarter-final tie against Colombia.

Despite the narrow scoreline it was a dominant performance from Uruguay, who had the vast majority of chances but struggled to break down Paraguay’s stubborn defence.

Uruguay were also lacking a bit of quality in front of goal and had to rely on Cavani’s 21st minute spot kick for the win.

Group A winners Argentina, who beat Bolivia 4-1, will face Ecuador in the last eight, while host nation Brazil will take on Chile in Rio de Janeiro on Friday. Paraguay play Peru the same day.

(Reporting by Andrew Downie in London; Editing by Peter Rutherford)