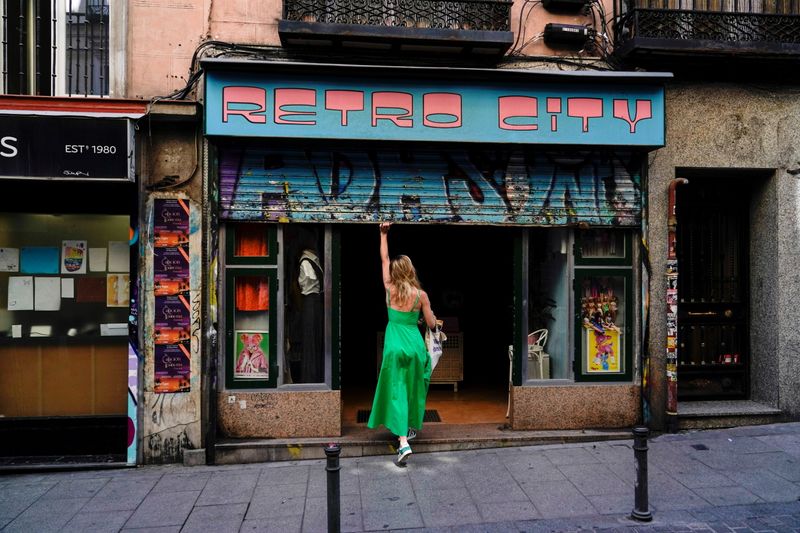 A woman opens a shop at a commercial district in Madrid, Spain, July 27, 2021. REUTERS/Juan Medina

MADRID (Reuters) – The Spanish government kept unchanged its economic growth forecast for this year at 6.5% as it was set in April, Economy Minister Nadia Calvino said on Tuesday.

The economy is likely to expand 7% in 2022, when it is expected to reach pre-pandemic levels, Calvino told reporters in a news conference.

“All indicators and forecasts signal a strong recovery in the second half of the year,” she said.

The economy likely expanded 2% in the second quarter from the first one, Calvino added.

The forecasts hinge on the progress of the COVID-19 vaccination campaign, and the arrival of European Union recovery funds, she said.

The government also maintained the budget deficit this year and in 2022 at 8.4% and 5%, respectively, Budget Minister Maria Jesus Montero added, as the current suspension of the fiscal straightjacket rules that set a 3% budget gap limit on EU member countries will also be in place for 2022.