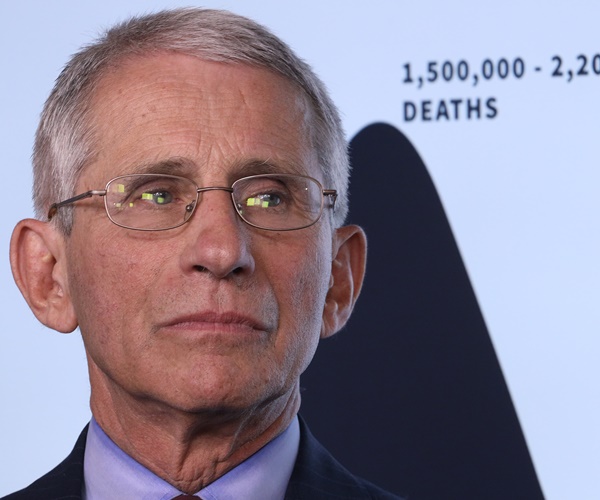 A Stanford epidemiologist called out Dr. Anthony Fauci’s flip-flopping from the beginning of the global coronavirus pandemic to now, saying the science did not change, Fauci did.

“In the early days of the epidemic, he was quite a sensible person,” Bhattacharya said. “He understood immunity, he understood the necessity of not panicking the population. Something happened in late February where he just flipped on a dime.

“It wasn’t the science changing. Something else happened where he just changed.”

Bhattacharya called out Fauci’s “rookie mistake” in overestimating the COVID-19 fatality rate at 2%, according to emails from March 2020, when that was misinformation for the public.

“He made a rookie mistake that no epidemiologist should make,” Bhattacharya told host Laura Ingraham. “He conflated the case mortality rate with the infection mortality rate. There’s many, many times more people with infections of COVID than were caught, especially back then.

“He should have known that.”

Bhattacharya added the 2% number is “way higher than what is actually true for COVID,” estimating 0.2% mortality rate worldwide for COVID-19, “an order of magnitude lower.”

“It’s just an enormous mistake,” Bhattacharya said. “And I think it’s really unfortunate that we have this person who just didn’t really have the expertise to lead the response, and yet we somehow we venerated him.”

And masks guidance chances were just a sample of Fauci’s misleading the public with his changing policies that were not supported by actual science, Bhattacharya said.

“Yes, you should change your mind when the science changes,” he concluded. “What is that science that changed that convinced him that masks are the most effective way?”