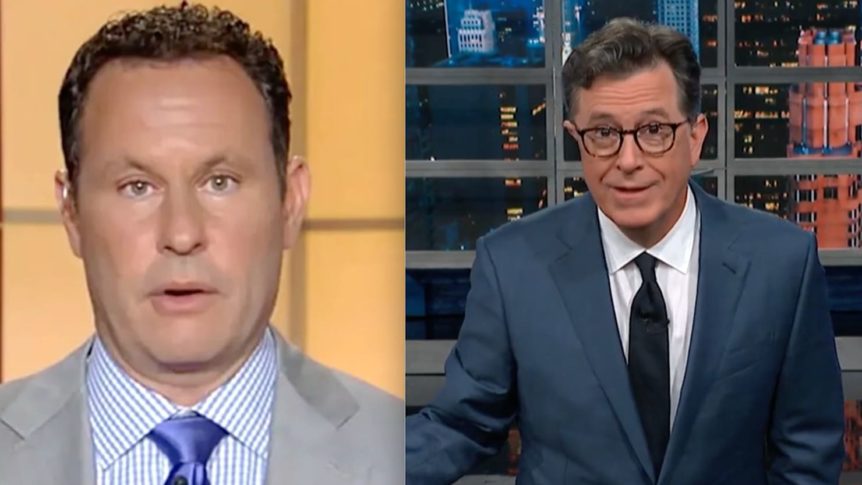 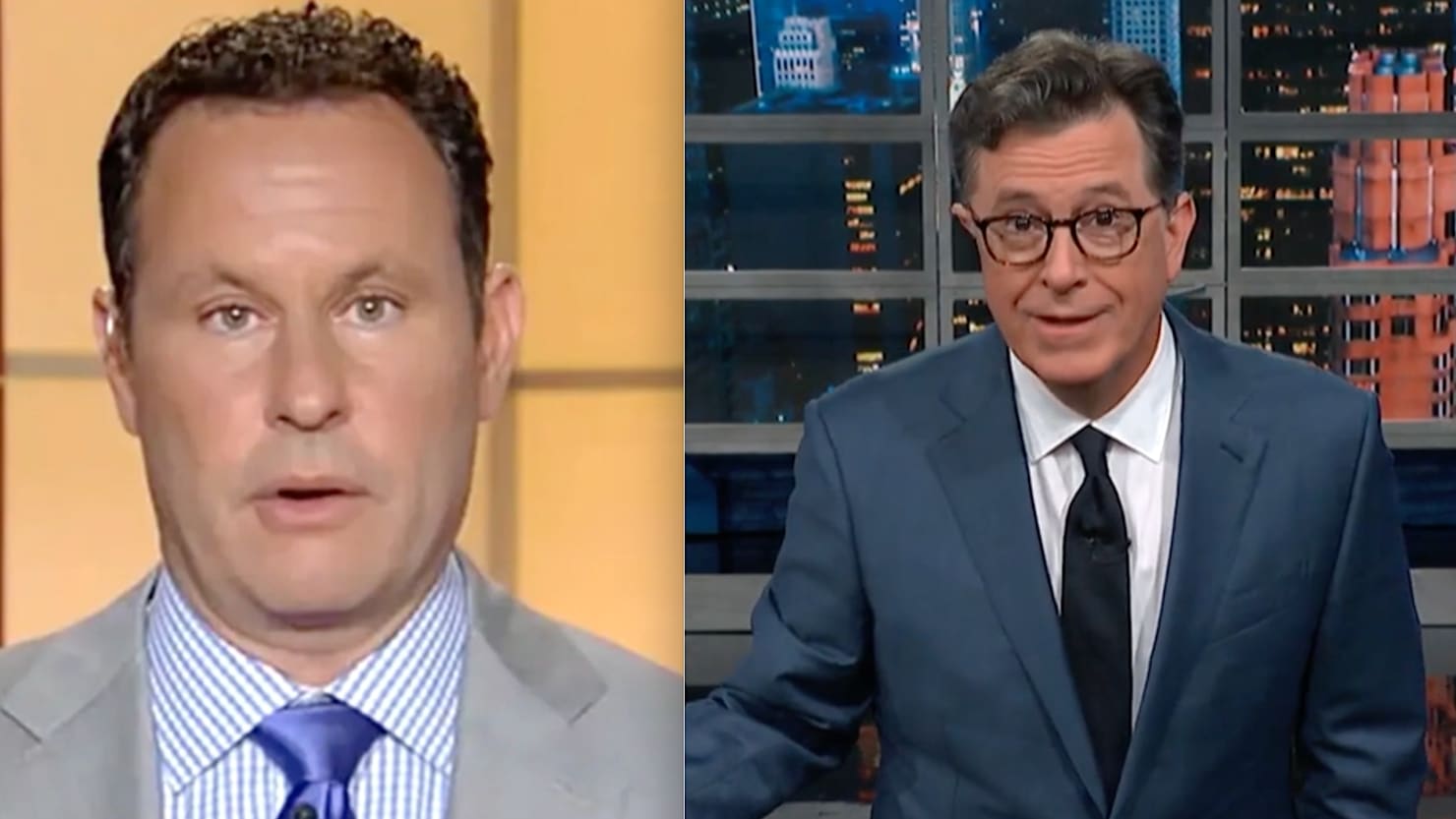 With the Delta variant spreading like wildfire across the least vaccinated areas of the United States, Stephen Colbert pointed out that “all the anti-vax propaganda on Fox News is not helping.”

“Well, it’s no surprise,” the Late Show host joked in his monologue Tuesday night. “It’s right there in Fox News’ slogan: ‘We report. You just died.’”

Nothing exemplified this disturbing trend like a Monday morning Fox & Friends segment in which Brian Kilmeade—or “contestant on Jeopardy realizing he spelled his own name wrong,” as Colbert called him, declared that it’s not the government’s “job to protect anybody” from anything.

A furious Kilmeade argued against government mandates by telling viewers, “If you didn’t get a vaccination, that’s your choice,” adding, “And if you want to go cliff diving this weekend, you don’t have to check with me!”

When his co-host Steve Doocy pushed back by explaining that 99 percent of the people dying from COVID are unvaccinated, Kilmeade shouted, “That’s their choice!”

“So the brown-haired guy believes that being unvaccinated and maskless is the same as being a thrill-seeker who jumps off cliffs,” a baffled Colbert replied. “Well, that analogy does work if you first strap that cliff jumper to a group of old people.”

For more, listen and subscribe to The Last Laugh podcast.