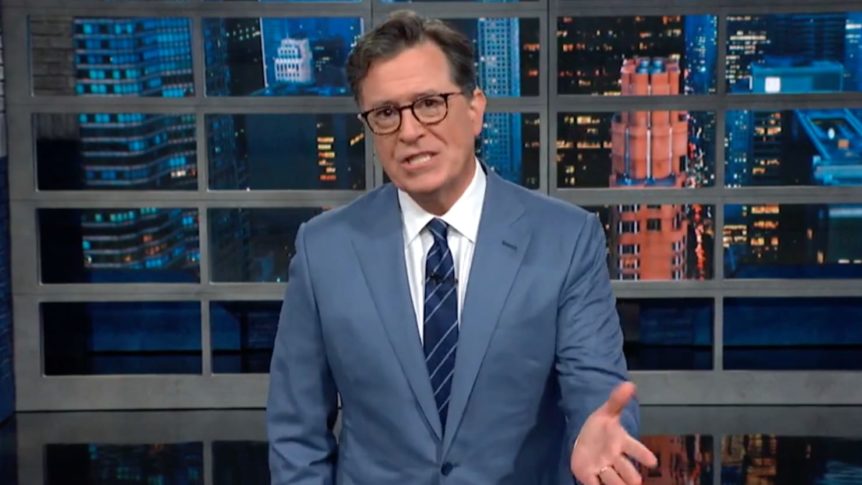 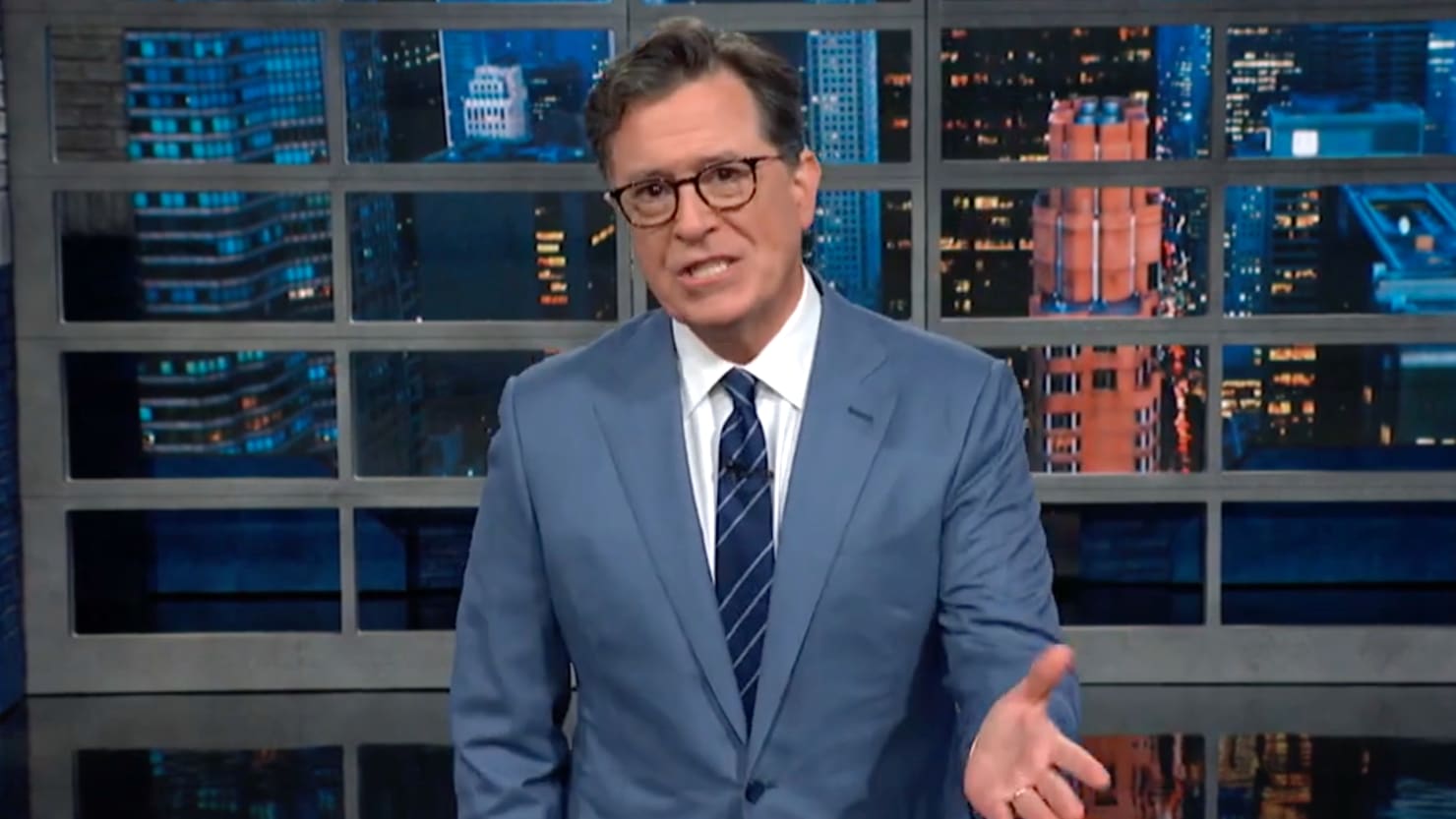 With his late-night competition on hiatus this week, Stephen Colbert welcomed a “hot crowd” to the Ed Sullivan Theater on Monday night for a new episode of The Late Show. But he spent most of his monologue looking backward.

The host began by spending a bit too much time delving into Donald Trump’s attempt at a comeback rally in Ohio over the weekend, during which he forgot Neil Armstrong’s name and resorted to reciting his favorite poem about snakes.

“Mr. Not-President, do you have anything—anything at all—to say about the state of the country right now?” Colbert asked before cutting to a clip of Trump complaining, “It is windy as hell up here!”

“The sad thing is, the people at that rally believe the old guy’s election lies,” he added. “But you now who doesn’t? People who know things.” Colbert was referring to “disgraced attorney general” Bill Barr, who admitted in a new interview that he knew claims of election fraud were “all bullshit.”

“And Bill Barr should know, he spent the last two years with his lips very close to that bull’s ass,” Colbert joked. Barr went on to say that he was urged to speak out by Senate Minority Leader Mitch McConnell, who “would have spoken the truth himself last December, but he needed the former president’s help to ensure that the GOP won the two runoff elections in Georgia.”

But as Colbert pointed out, Republicans lost those two elections. “In the end, Mitch McConnell sold his soul for nothing,” he concluded. “So, a pretty fair price.”

For more, listen and subscribe to The Last Laugh podcast.