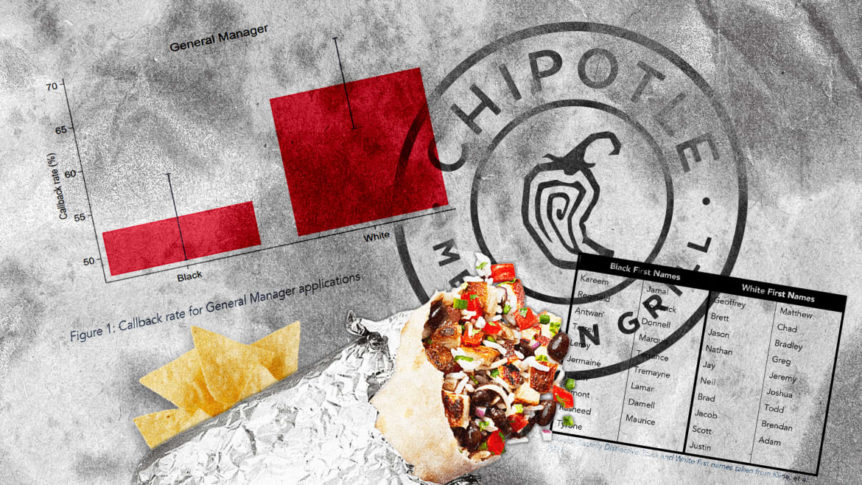 On paper, Antwan Braxton seemed like a strong contender for a general manager job at Chipotle, especially when compared to a candidate named Neil Klein.

Braxton’s application claimed one more year of general manager experience than Klein’s. His touted a ServSafe Food Protection Manager Certificate and a Manager of the Quarter Award at his latest job—neither of which Klein’s did.

Yet after 12 Chipotle job applications were submitted under each name between a three-day February period in the same Missouri zip code, Klein was sent one email, one voicemail, and one text message by the Tex-Mex chain’s recruiters, according to a new report testing possible discrimination by the company.