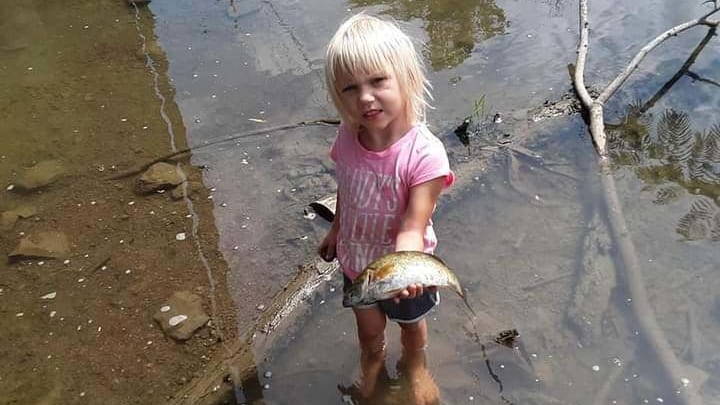 The mother of 5-year-old Summer Wells, who disappeared from her Tennessee home two weeks ago, said she had only stepped away for two minutes when her daughter suddenly vanished.

“I know she didn’t walk away from this property by herself or off this yard, by her swing. I feel in my heart that somebody has came up here and took her and has lured her away from here,” Candus Bly told local CBS/ABC-affiliated network WJHL in an interview Monday.

Tennessee police said on Thursday that they have been “frustrated” by the lack of clarity over the sudden disappearance of the little girl, who was last seen planting flowers in their family garden in Rogersville on June 15.

According to Bly, Summer went missing after they came back inside and Bly asked her sons, who were watching TV in the family’s kitchen, to look after Summer.

“Within two minutes I came back,” Bly said. But, she says, her daughter was “just gone.”

The Hawkins County Sheriff’s Office was alerted that Wells was missing at 6:30 that evening.

“I’m just scared that somebody’s hurting her and there’s nothing I can do about it. And it—it smothers me,” Bly said.

It’s not the first time Bly has dealt with a missing relative—her sister, Rose Marie Bly disappeared in 2009. She was last seen in St. Croix Falls, Wisconsin, according to the FBI.

“I don’t know all of what happened or what did happen, but I hope that they find her, too,” Bly said. “It makes no sense at all, how can people just vanish and not be heard from or seen without a trace? It’s very devastating.”

Although investigators have not concluded that Summer Wells was abducted from her home, the girl’s father, Don Wells, said he believes his daughter was snatched.

He suggested on Monday that a kidnapper had descended a hill around their home after seizing his daughter, thrown her into a car “and drove her as far away as they could from this area.”

After deploying more than 1,000 searchers and covering more than 3,000 acres, the Church Hill Rescue Squad said in a statement on Monday night that crews were “scaling back” operations. Their mission has been frustrated by navigating “rugged mountainous terrain” in the area surrounding the family’s Hawkins County home.

“Just because we may not be seen as such a large presence in and throughout the area, rest assured that we have not quit and won’t quit until we find Summer Wells,” the statement said.

Among them are investigators at the Tennessee Bureau of Investigation who have sought information following tips that a red Toyota pickup truck was seen near the family’s home in the late afternoon or evening within a day of the little girl’s alleged disappearance. They have cautioned the driver is not considered a suspect in the search.

After it issued a statewide AMBER Alert, TBI “received more than 500 tips at this point, but none have resulted in a solid lead,” Earhart told The Daily Beast in an email.

“TBI agents and detectives with the Hawkins County Sheriff’s Office, working alongside the FBI, continue to follow all leads in an effort to determine what happened to Summer Wells,” she said.