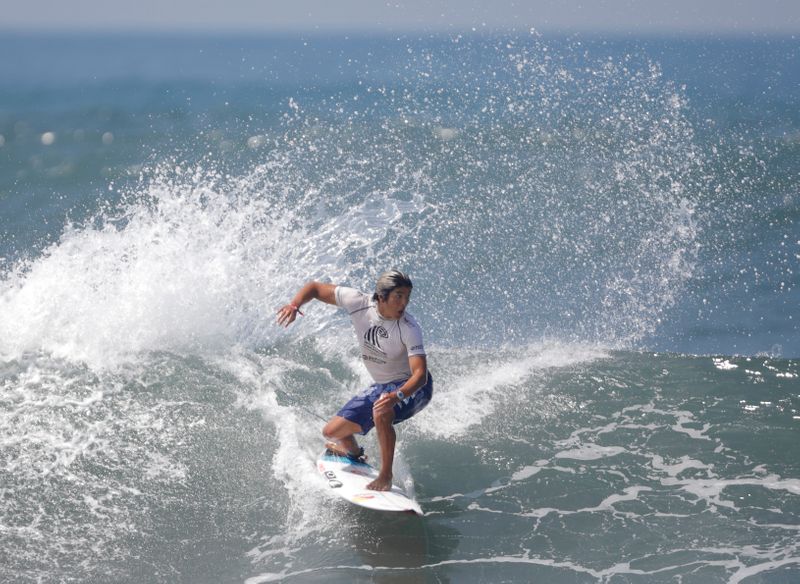 TOKYO (Reuters) – Though born and raised in California, Japanese surfer Kanoa Igarashi is hoping his family connection to Tsurigasaki Surfing Beach will give him an advantage in the Olympic competition starting there on Sunday.

When his father Tsutomu “Tom” Igarashi, a huge surfing fan, and his mother Misa found out she was pregnant, they quit their jobs in Tokyo and moved to Huntington Beach to give their son the best possible chance at becoming a pro surfer.

It is a gamble that has paid off handsomely, as Kanoa will represent Japan on the beach where his father discovered a love of surfing long before it was an Olympic sport.

“This is where he surfed every day,” the 23-year-old told Reuters following his final practice. “It’s a crazy feeling that X amount of years later we’re in the Olympics here.”

“Coming here this morning, all the flags mean even more now, every wave means even more now,” he said. “It’s an honour to say surfing is in the Olympics.”

Coronavirus restrictions mean Igarashi will not be able to see the huge local support that would have turned out to cheer him on, but the lack of a crowd does not bother him.

“They’re all around us, even if they’re not in front of us. We can feel the energy of the whole city and the whole area,” said Igarashi, before explaining his love of Tsurigasaki.

“Whenever I came to Japan, this is where I always surfed. It always has the best waves and everything, and my dad grew up surfing this wave.”

Igarashi hopes that bond will give him an edge on Sunday, when surfing makes its Olympic debut.

“Physically and spiritually, having a connection with the place definitely means a lot. We’re competing with Mother Nature and having that connection in a place is pretty much priceless,” he said.

“Being around the Japanese culture here, going home and eating Japanese food and being around Japanese people, it’s comforting. A lot of things combined, I feel comfortable and ready for a big result.”