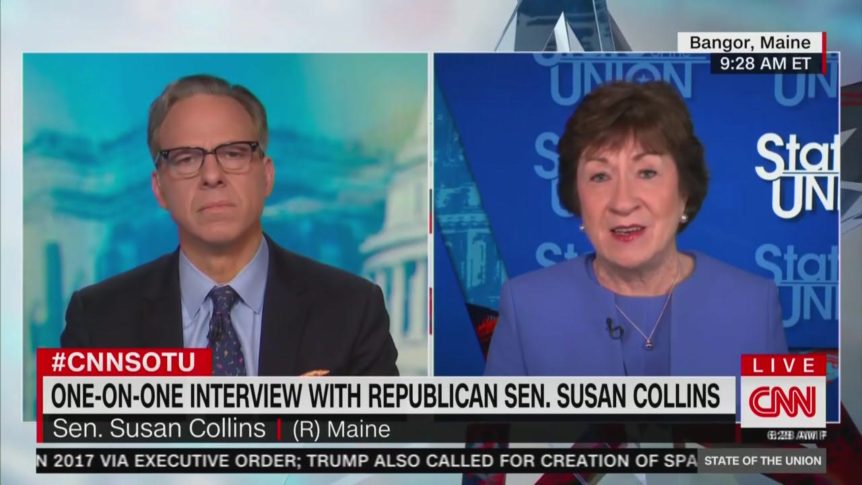 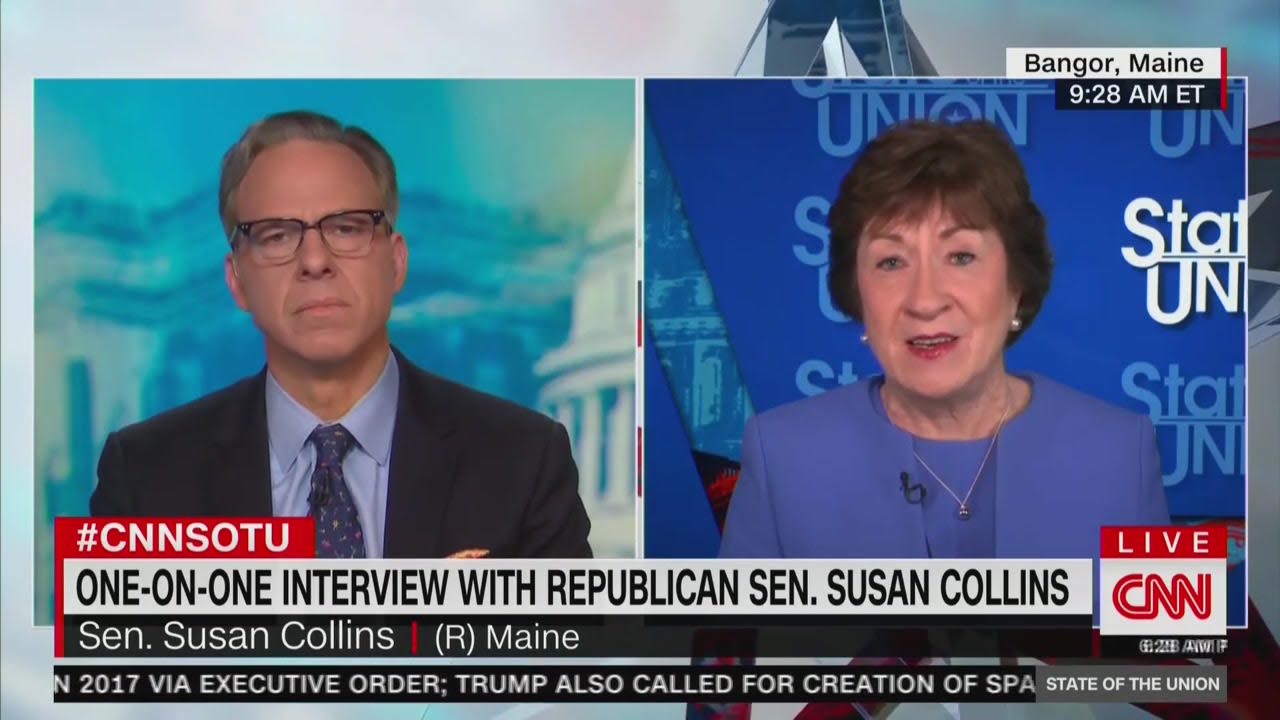 Sen. Susan Collins (R-ME) steadfastly refused to reveal on Sunday whom she voted for in last year’s presidential election, waving off the question with a laugh while saying that she’s going to keep her vote “private.”

Collins, who was one of eight Republican senators to vote to convict former President Donald Trump in his February impeachment trial, appeared on CNN’s State of the Union and was pressed by anchor Jake Tapper on the state of the Republican Party and her feelings on the ex-president.

After saying she was “appalled” that fellow moderate Republican Sen. Mitt Romney (UT) was booed at the Utah Republican convention, Collins also offered up her support to Rep. Liz Cheney (R-WY). The GOP’s highest-ranking woman in Congress, Cheney is facing calls for her ouster from Republican leadership after saying anyone who challenged the 2020 election results should be disqualified from a 2024 presidential run.

While acknowledging that Collins voted to impeach Trump this year for inciting an insurrection based on his election lies, Tapper pointed out that the Maine senator had voted to acquit Trump in his first impeachment trial.

“After President Trump was impeached for the first time for urging Ukraine’s president to investigate Joe Biden, you said you believed and hoped that the president learned his lesson,” the CNN anchor stated. “And I know you said that was aspirational. But after Biden won, the president obviously attempted to overturn the legitimate election results that culminated in the Capitol attack. Do you ever wonder if Trump did learn a lesson, but the lesson he learned was that he could get away with anything?”

Collins, for her part, insisted that her quote about Trump “learning his lesson” was “grossly misedited” before defending her acquittal vote, claiming she looked at the “constitutional standard” for convicting a president while noting that she also voted to acquit Bill Clinton.

“In the first two cases, I did not feel that the conduct was proven to meet the highest bar for removing a president from office,” she added. “In the third case, I felt it did.”

Tapper then wrapped up the interview by bringing up Collins’ tough 2020 re-election campaign and whether she was now willing to reveal if she had voted for Trump in the presidential election.

“You didn’t say who he voted for in 2020. You were running for re-election. I could understand that,” Tapper pressed. “Maine is a state with a lot of independents and independent-minded people. But now that the election is over, who did you vote for in 2020?”

Admitting that she’s been asked that question quite a bit, Collins nonetheless said she was “going to keep my vote private.” At the same time, she also expressed hope that she could forge a working relationship with President Joe Biden.

“To me, that is important, the ability to work with the president,” she concluded. “Whether or not the president is of your party and also to be able to work across the aisle and forge bipartisan consensus on the many important issues that we face and I hope to be successful in helping to forge a bipartisan infrastructure package.”