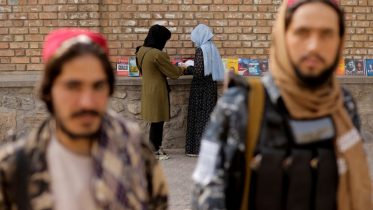 KABUL (Reuters) – Afghanistan’s public universities, closed since the Taliban seized power in August, will reopen in February, the Taliban acting higher education minister said on Sunday, without specifying whether female students would be able to return.

Universities in warmer provinces will reopen from Feb. 2, while those in colder areas would reopen on Feb. 26, the minister, Shaikh Abdul Baqi Haqqani, told a news conference in Kabul.

He did not say what arrangements if any would be made for female students. In the past, Taliban officials have suggested that women could be taught in separate classes.

So far, the Taliban government has reopened high schools for boys only in most parts of the country. Some private universities have reopened, but in many cases female students have not been able to return to class.

Western governments have made education for female students a part of their demands as the Taliban seek more foreign aid and the unfreezing of overseas assets.

The hardline group took over the country on Aug. 15 as foreign forces withdrew.