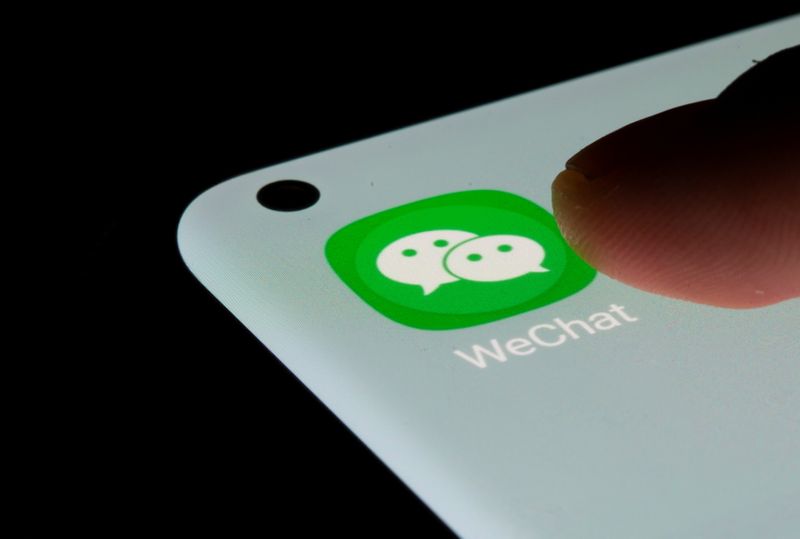 FILE PHOTO: WeChat app is seen on a smartphone in this illustration taken, July 13, 2021. REUTERS/Dado Ruvic/Illustration

“We are currently upgrading our security technology to align with all relevant laws and regulations,” the company said in a statement to Reuters.

“During this time, registration of new Weixin personal and official accounts has been temporarily suspended. Registration services will be restored after the upgrade is complete, which is expected in early August,” it added.

Weixin is the Chinese name for WeChat.

China is in the process of tightening policies towards privacy and data security. It is readying a Personal Information Protection Law, which calls for tech platforms to impose stricter measures to ensure secure storage of user data.

Beijing-based tech consultant Zhou Zhanggui said investors were over-reacting to the “rectification” of Chinese tech companies. “The suspension of new user registrations on WeChat has no substantial impact on Tencent in the short term,” Zhou said.

Keso Hong, an independent industry analyst, said Tencent’s share price decline was triggered by changes in the overall regulatory environment, including the crackdown on tutoring firms. “It happened today after the market panic kept building up,” he said.