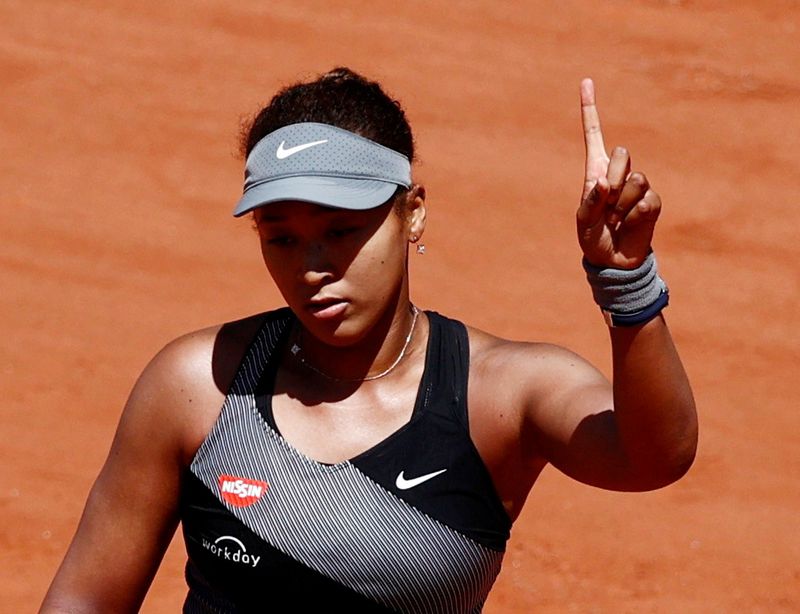 (Reuters) – Five tennis players to watch out for at the Tokyo Olympics:

Four-time Grand Slam singles champion Naomi Osaka is widely considered a favourite for gold as she makes her Olympic debut at her home Games and on her favourite surface – hard court.

Osaka will open her Olympic campaign on the centre court, returning to competition for the first time in two months, after withdrawing from the French Open in May to take a mental health break.

Novak Djokovic will be searching for his maiden Olympic singles gold medal, the most notable prize still missing from his impressive collection. A win in Tokyo would also put him in the running to become the first male player to complete the Golden Slam this year, after he swept the first three major titles of 2021 – the latest coming at Wimbledon earlier this month.

The Serbian great, who has 20 Grand Slam titles, won the bronze medal at the Beijing Games in 2008 but failed to match or better his performance at the next two Summer Olympics – losing both times to Argentina’s Juan Martin Del Potro.

Poland’s Iga Swiatek had a breakthrough year in 2020, captivating audiences with her calm demeanour and aggressive all-court game on her way to winning the French Open at the age of 19 – the youngest player to do so since Monica Seles in 1992.

The daughter of an Olympic rower, Swiatek won a doubles gold at the 2018 Youth Olympics and has said she is targeting a medal in Tokyo.

Britain’s Andy Murray will look to become the first person to complete a hat-trick of Olympic singles golds in Tokyo, after claiming victory at the London Games in 2012 and repeating the feat in Rio four years later.

Competing in his fourth Olympics, the 34-year-old Murray has been working his way back to full fitness following hip surgery in 2019.

Tunisian trailblazer Ons Jabeur has made a steady climb in the rankings since becoming the first Arab woman to reach a Grand Slam quarter-final at last year’s Australian Open.

Now ranked in the top 30, Jabeur has won fans worldwide with her crafty brand of tennis, often confounding opponents with her deft touch and variety.