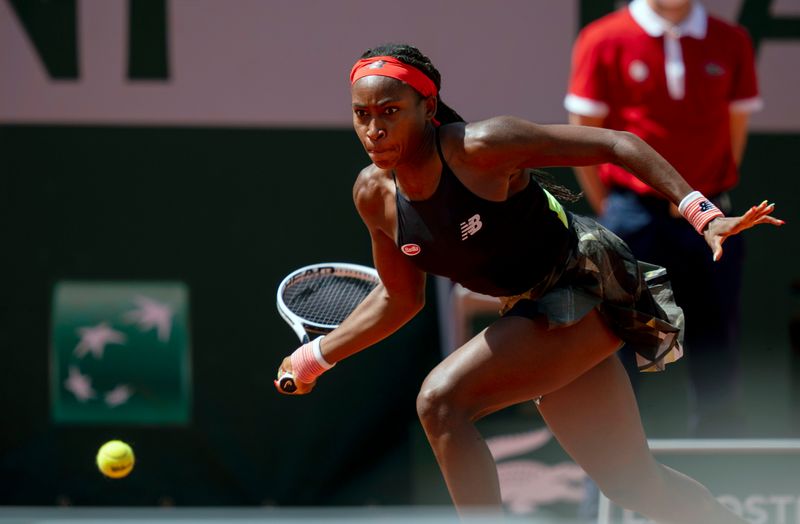 LONDON (Reuters) – American teenager Coco Gauff’s Wimbledon preparations suffered a blip as she bowed out of the Eastbourne tournament on Wednesday, losing to Latvian Anastasija Sevastova 4-6 7-5 6-2.

The 17-year-old Gauff came back after losing the opening eight games the previous evening against seventh seed Elise Mertens, but this time she succumbed after leading.

Sevastova, a lucky loser from qualifying, cruised through the deciding set as Gauff’s game went off the boil.

She will face Kazakhstan’s Elena Rybakina next after she knocked out Ukraine’s Elina Svitolina in straight sets.

World number 23 Gauff reached her first Grand Slam quarter-final at the French Open this month and will head to Wimbledon where she took the tournament by storm in 2019, beating former champion Venus Williams en route to the fourth round.

Former French Open champion Jelena Ostapenko showed signs of coming back to her best form as she knocked out Tunisia’s Ons Jabeur, winner of last week’s WTA event in Birmingham.

Ostapenko, who is playing doubles at Eastbourne with Gauff, won 5-7 6-4 6-3. Qualifier Camila Giorgi reached the third round after beating American Shelby Rogers.