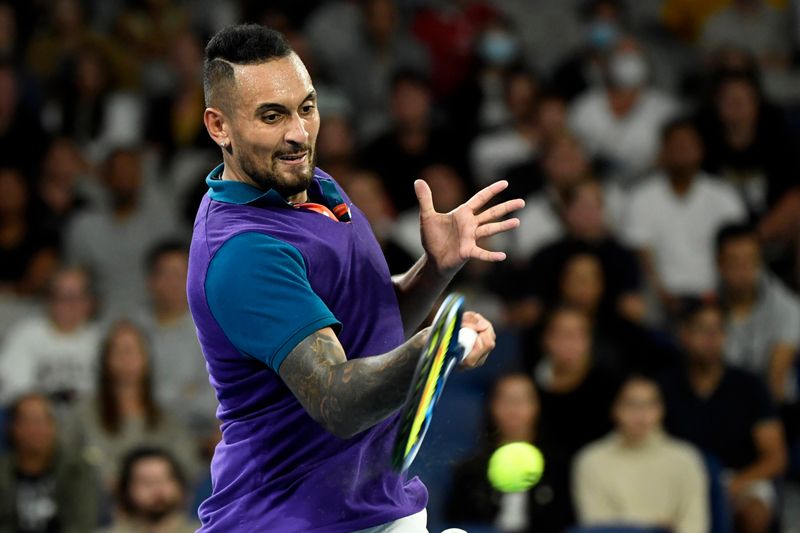 (Reuters) – Nick Kyrgios is ready to have some fun when he returns to competitive tennis for the first time since February at next week’s Wimbledon championships, where he will be hooking up in the mixed doubles with Venus Williams.

Since the beginning of 2020, Kyrgios, who reached a career-high ranking of 13th in 2016, has only played one tournament in Acapulco, Mexico outside Australia and has seen his rankings slip to 61st.

The third round loss to Dominic Thiem at the Australian Open in February was the last match contested by the 26-year-old, who was due to make his return for the grasscourt season at Queen’s Club earlier this month but pulled out due to neck pain.

“I know it’s not going to be easy to just turn the switch on, and I can’t expect myself to be playing the best type of tennis that I was maybe a couple years ago at Wimbledon,” Kyrgios told reporters on Saturday.

“I’m not putting too much expectations or pressure on myself, but generally I feel pretty good. I feel physically not bad.

“I’ve been hitting a fair bit on the grass, trying to get two hits a day, trying to find my feet because it’s been almost two years since I’ve been on the grass. It’s been fun just being back here seeing a lot of the tennis world.”

In a social media post this week, Kyrgios said he was scouting for a mixed doubles partner for Wimbledon and announced on Saturday that he has tied up Williams, who owns 11 All England Club titles, including five in singles.

“The mixed doubles pair of the tournament,” Kyrgios declared.

He will begin his singles campaign against Frenchman Ugo Humbert, who he defeated in a nail-biting five-setter in the second round of his home Grand Slam.

Kyrgios said he did not miss travelling on the tour and did not lack confidence going into his opening round at the major.

“I feel decent for not playing a match in however long, but that time at home was amazing,” he said. “I kind of felt like Wimbledon, it’s an event that I never take for granted if I can play it, so I made the trip over.

“I’m going to get myself some strawberries. And chill, hit some serves, hit some volleys, enjoy the grass and chill out.”

(Reporting by Sudipto Ganguly in Mumbai; editing by xx)